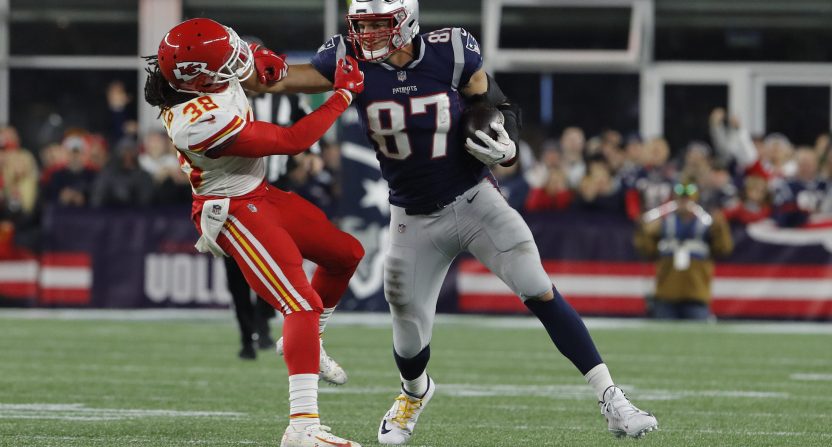 NFL ratings have been up compared to last year. But Week 6 ratings saw an incredible spike that dwarf the prior gains this season.

NBC walked into a perfect storm with this game. The Patriots are the Patriots and they were going to bring a lot of viewers (even though the Red Sox were playing at the same time). The Chiefs were 5-0 and have one of the best young quarterbacks in the NFL in Patrick Mahomes, who would bring both Chiefs fans and neutral fans to the broadcast. It also helped that the game was close throughout, featured just one punt, and ended on a game winning field goal. I’m not sure you could come up with a better situation to get people to watch.

SBJ’s John Ourand reported that the combined overnight rating of Sunday’s action was a 47.3, up nine percent from 2017. Fox Sports’ Michael Mulvihill added to that stat to say that the nine percent increase of overall viewing was the highest gain for any Sunday so far this season and all three networks who broadcast Sunday games have shown a season-to-date increase in Sunday overnight ratings compared to last year.