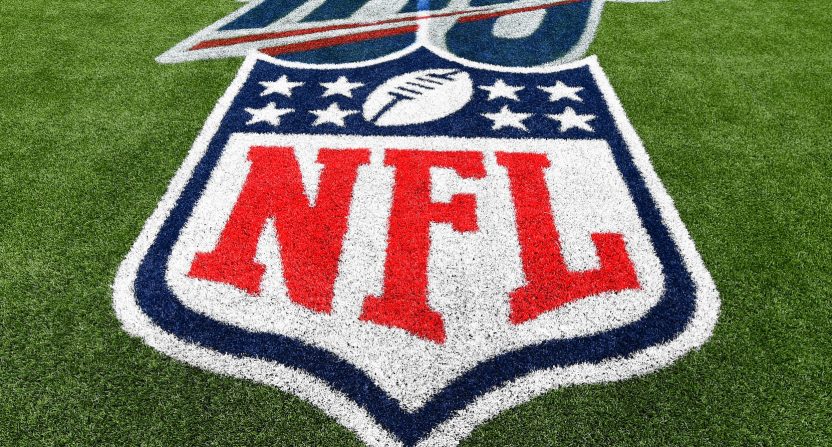 Like most sports, the NFL has never really taken the “less is more” approach. While team expansion stopped with the Houston Texans in 2002, the NFL has been looking to expand in other ways. From playing on Thursday night every week and having Sunday morning games to broadcasting games on streaming networks like Amazon to having international games in England and Mexico, the NFL is looking at ways to maximize their revenue streams.

One such avenue which has seemingly been discussed for a while has been a 17th regular season game. Adding one more game has been a controversial idea because it will make for an even longer season as well as one more game that players will be hit and tackled but the added TV revenue is just something the NFL won’t easily give up.

For the next round of CBA negotiations, the NFL is making its biggest push for a 17th game and CBS Sports‘ Jason La Canfora detailed how the NFL would possibly present this idea to the Player’s Association this upcoming January.

How those three weeks would be filled obviously includes the 17th game, but also a second bye week for each team. That will help assuage concerns that an additional game will harm players. In addition, the preseason would drop from four games to two with “support” for a scrimmage at NFL stadiums that would be free for fans. The proposal also includes an additional Wild Card game for each conference but it’s unknown if that means the NFL would be expanding from 12 teams to a 14 or 16 team playoff structure.

The 17th game will naturally be a massive revenue generator and open up the NFL to more international games. One reason for the 17th game is to have every team go international at least once a year (England, Ireland, Germany, Mexico, and Brazil were mentioned) and the possibility of an eight-game season ticket package in London for NFL fans based in Europe.

While this sounds like a league that’s getting more and more watered down, the NFL and networks really just see money. Not only will the NFL make money on the extra games (potentially a $1 billion/season package), playoff games will be placed during February sweeps, making those games even more valuable for networks looking for some sweet viewership numbers in order to sell to advertisers.

These changes will have secondary effects on other non-NFL related entities. Within the sports world, NASCAR typically has its biggest race of the year, the Daytona 500, during President’s Day weekend. On top of that being tradition, having the race on a holiday weekend gives NASCAR the assurance that if the race were to be rained out, many people could tune in or stay at the track because they are off of work. It’s possible that the race could be held the week before the Super Bowl but I’m not sure NASCAR will want to risk having their big event overshadowed by pre-Super Bowl hype or the Pro Bowl.

A later Super Bowl will also affect the Academy Awards, which is also traditionally broadcast in late February. While ratings have declined in recent years, it’s still a ratings generator and they wouldn’t want to compete with the NFL either. It wouldn’t be surprising to see both potentially be moved to March if the NFL goes through with this plan.

The NFL doesn’t really have to worry about NASCAR or the Academy. They’re big enough as a league and in ratings that they can pretty much do what they want, their TV partners will go along with that, and it’s up to everyone else to adjust to get out of the NFL’s way. Despite that, one entity that could stand in the NFL’s way is the Player’s Association. And time will tell if they are really going to play an additional game.