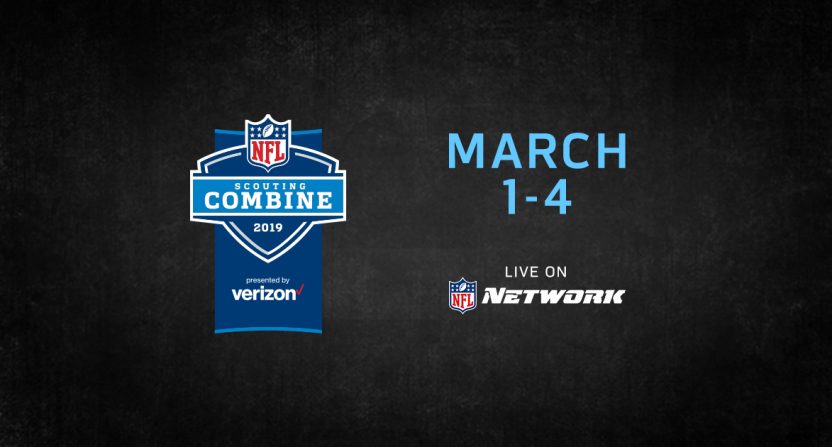 Whenever sports media outlets look to provide more access to what’s going on with teams and leagues, whether behind–the–scenes or on the field, there are questions about balancing insight for viewers or readers with the privacy of players and teams. That might go to a new level with the NFL Network’s combine coverage, if a tweet from Will Carroll is accurate:

Hearing NFL is discussing making NFL Network a “33rd team” next year to allow them to conduct and show interviews, private workouts, and more medical/physical.

ABC got 0.7 overnight rating for NFL Combine (Saturday 1-3pm). NFL Net also had Combine in that window. For some broadcast TV comparisons on Saturday, CBS had 0.9 for Kansas-OK State hoops (12-2pm). Fox had 0.9 for Michigan State-Indiana 12-2pm. NBC had 0.8 for gymnastics 1-3pm

NFL Network was running its own combine coverage during that time, of course (with ratings for that not available yet). And the NFLN coverage would likely have further appeal to fans if they were able to really dive into interviews with prospects, and that might help improve the ratings. But there are some legitimate worries for prospects if a media outlet is able to conduct and broadcast private workouts and medical examinations, to say nothing of team-style interviews. And that might perhaps lead to even more top prospects skipping the combine.

Of course, it’s a little easier to maintain control with a media outlet run by the NFL rather than an independent one. And maybe some conditions could be implemented here so that this isn’t a huge detriment to particular combine-attending prospects. But it’s worth keeping in mind that the NFL Players Association bargains on behalf of current members, not potential future members, so there isn’t a union looking out for these attendees. And even if the best of the best skip the combine, there will always be plenty of prospects who accept invitations to try and bolster their chances at making the NFL. Still, this is an interesting potential move, and one that might raise some questions for those athletes planning to attend the combine in future years. Giving NFLN more access still may be a win for viewers, and it may help boost the ratings, but it may also lead to further top athletes deciding not to come to the combine over privacy concerns.