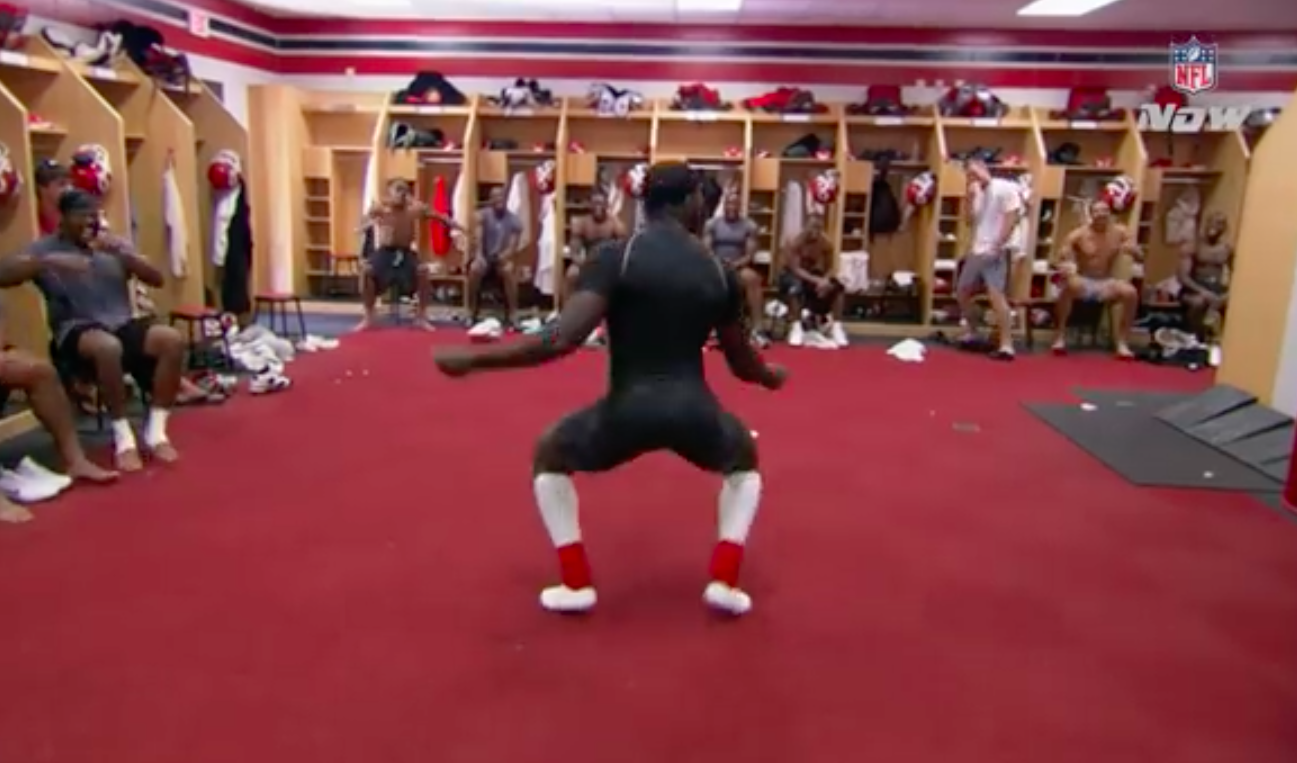 The NFL has become a never-ending experience. There really is no off-season, at least in terms of media coverage and televised programs. That is true for NFL teams, coaches, and players even when they don’t want it to be.

It’s especially true when it comes to Hard Knocks, the behind-the-scenes HBO/NFL Films series that documents the goings-on during an NFL franchise preseason as they whittle down their roster to opening day. Because they realize many teams don’t actually want cameras inside their locker rooms all preseason long, the NFL has devised a system that doesn’t give them much of a choice.

In 2013, the league owners passed a rule that compels one team per year to participate in Hard Knocks, regardless of their desire to do so. The league still asks for teams to volunteer, but if no one is willing, every team that meets the following three criteria is eligible to be forced to participate:

As it stands, there are eight NFL teams who currently meet those criteria headed into the 2017 season. The Baltimore Ravens, Cleveland Browns, Tennessee Titans, Indianapolis Colts, Philadelphia Eagles, Chicago Bears, Tampa Bay Buccaneers, and New Orleans Saints. There’s still time for some of these teams to remove themselves from the list (rumors swirl that the Saints will find themselves with a new coach yet). But assuming things stay the same, here’s our ranking based on watchability, intrigue, and potential.

Why It’d Be A Great Season: The Ravens do have a decent angle. They’re coming off a disappointing finish in which they choked away a chance at the playoffs in the final two weeks. There’s a lot of consternation over the fact that head coach John Harbaugh retained OC Marty Mornhinweg. The defense is still good but it’s not the world-beater it used to be and the team needs to reestablish their identity.

Why It Might Not Be: Does anything about the Ravens really jump off the page to you? Joe Flacco will probably put you to sleep with every confessional and America’s love affair only extends to one Harbaugh.

What We’d Look Forward To Most: Watching Mornhinweg try to act like he’s not a Dead Man Walking unless this offense gets off to a good start.

Why It’d Be A Great Season: The Titans have the potential to make big waves in 2017 if they make the right tweaks. Marcus Mariota is an interesting young quarterback to keep an eye on and Tennessee has some quality draft picks to come.

Why It Might Not Be: In the words of SBNation Titans’ blog Music City Miracles, “the Titans really aren’t that interesting of a team from a personality standpoint.”

What We’d Look Forward To Most: Getting to know Mariota, who is a bit under the radar (as far as NFL QBs go).

Why It’d Be A Great Season: After finishing 3-13, surely there’s nowhere to go but up…right? The Bears will almost certainly have themselves a new rookie quarterback in the midst of a competition for the starting position. The team has a big decision to make about WR Alshon Jeffery (who guaranteed a Super Bowl next season) and there’s a lot of young talent looking to make their mark.

Why It Might Not Be: Admit it, you’d much rather Jay Cutler be there to make things more interesting.

What We’d Look Forward To Most: The quarterback competition.

Why It’d Be A Great Season: Jameis Winston is poised for big things and so are the Bucs, who just missed the playoffs this season. By all accounts this is an up-and-coming squad who would benefit from the national coverage on their way to becoming a trendy 2017 pick.

Why It Might Not Be: Head coach Dirk Koetter was on Hard Knocks while with the Atlanta Falcons so he might know the tricks that will keep his squad low-key (and boring).

What We’d Look Forward To Most: Whether or not second-round kicker Roberto Aguayo can keep his job.

Why It’d Be A Great Season: The trials and tribulations of Carson Wentz are made for Hard Knocks, especially after he told reporters he’s going to be “shutting it down” for most of the offseason after a season with 607 pass attempts. There’s also just something about the Eagles organization (and their fans) that feels like an interesting follow.

Why It Might Not Be: Coming off a 7-9 season the Eagles are a mediocre team with mediocre expectations in 2017. There is trainwreck potential but perhaps not that much exciting potential.

What We’d Look Forward To Most: The Carson Wentz Experiment, Year Two.

Why It’d Be A Great Season: The Colts have a solid cast of characters. Head coach Chuck Pagano. Franchise quarterback Andrew Luck. Owner Jim Irsay. And that’s before you throw in the potential that Peyton Manning could be involved with the organization in some form sooner than later.

Why It Might Not Be: The Colts were right down the middle this season (8-8) and it’s hard to find a way to say next year will be worlds better.

What We’d Look Forward To Most: The possibility of Peyton Manning: Front Office Guy.

Why It’d Be A Great Season: If Sean Payton does return, it’s likely to be his last season with the franchise. A chance to see behind the scenes of a last hurrah for Payton and quarterback Drew Brees would be compelling given their history and success with the team. Not to mention that this is a squad in serious flux, which could make for good TV.

Why It Might Not Be: That Super Bowl feels like an eternity ago. Who Dat has been replaced by, “Wait, seriously, who is dat?”

What We’d Look Forward To Most: Noticing the simmering resentment bubbling below the surface whenever Payton and the front office folks were together.

Why It’d Be A Great Season: You want trainwreck television? Ladies and gentlemen, I give you a behind-the-scenes look at the Cleveland Browns organization. The moronic front office decisions. The blind faith in a system that does not work. The plucky upstart players trying desperately to buck the odds that they will be terrible once more. This is reality TV at it’s finest.

Why It Might Not Be: There’s going to be a lot of people trying desperately to explain to you why what they’re doing makes sense and that will probably get old very quick.

What We’d Look Forward To Most: Where do we begin? Anything and everything with RG3. Hearing front office folks talk positively about the future of Cleveland Browns football. The random appearance by Johnny Manziel that you just know will be manufactured.