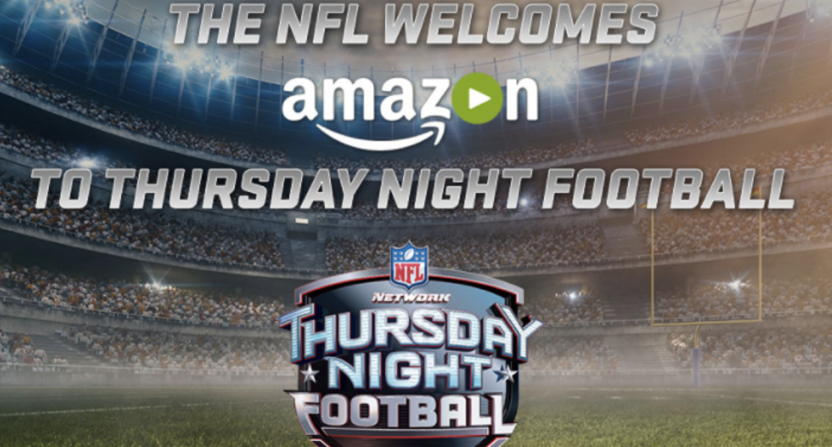 One of the biggest talking points around sports broadcasting rights has been how much of a role tech and streaming companies will play in future rights negotiations, and the NFL’s broadcasting contracts (which run through 2022) are widely seen as an important element there. The NFL has dipped its feet into the streaming waters a bit recently, with streaming packages with Amazon, Twitter, Yahoo and Verizon, and there’s been some discussion that the next deals could see a larger role for streaming. However, NFL chief business and media officer Brian Rolapp had some interesting things to say about that during a league-hosted preview event this week, saying (as per Deadline’s Dade Hayes) that while the run-up to 2022 may be an “inflection point” that could see major changes, the league hasn’t yet been convinced that tech firms can provide the reach of traditional TV:

Rich Greenfield, an analyst with BTIG and a noted critic of the traditional TV bundle, teed up the question of the hour as he shared the stage with Rolapp. “When do we see one of this big tech companies do to sports what they’re doing right now to traditional entertainment?” he asked.

“Our entire model is about reach,” Rolapp said. “Traditionally, broadcast television was the best way to achieve that.” Rolapp said he has “yet to see” a tech company pull off a true broadcast-scale event, especially with pockets of intense devotion, where a Philadelphia Eagles or Seattle Seahawks game can command a massive share in the local market via CBS, Fox or NBC.

“But these digital companies are working hard on reach,” he said.

The focus on attracting the widest audience possible has always been important for the NFL. That’s a big part of why they’ve largely stuck to broadcast television, and why their main cable package (ESPN’s Monday Night Football) has come at an extreme premium and with a less-desirable schedule. While ESPN remains the dominant cable sports channel, its estimated 85.9 million subscribers (as of Nielsen’s August estimates) are a long way below the TV universe of 119 million homes; the NFL likes being on ESPN, especially considering how much they’re being paid for that and the recent moves the company has made to try and improve that relationship, but they like being on broadcast TV even more. And even Thursday Night Football has expanded from a way to bolster NFL Network to an important broadcast television deal. So the obituaries for the NFL on broadcast (and possibly cable) TV definitely shouldn’t be written just yet. Especially considering the current trumpeting (inside and outside of NFL offices) of the numbers on how well the NFL performs relative to the rest of TV (despite the major declines relative to how it had previously performed).

Rolapp’s comments about tech companies and broadcast-scale events are also telling. When tech firms have tried to fully replace TV, it often hasn’t gone well, and the NFL’s certainly aware of that from what’s happened in international markets; for example, Canadian Sunday Ticket coverage has worked much better with DAZN sublicensing it to pay-TV providers as well as offering it through streaming then when they tried to do streaming-only, and there have been all sorts of issues with Europe’s NFL Game Pass.

Outside the NFL, TV-replacement broadcasts have gone extremely poorly for even companies with the resources of Amazon. We saw that with their current U.S. Open coverage in the UK, rated so poorly that the ratings were locked down. Even streaming offered as an alternative often hasn’t gone well, as we saw with some of the issues that popped up for those who tried to stream the Mayweather-McGregor fight. And there have been numerous further outages and issues during even linearly-produced big events for those who subscribe to streaming pay-TV services, such as YouTube TV and DirecTV Now. So there are reasons to wonder about the effectiveness of streaming-only options for something as big as the NFL, and that adds to the case that any streaming deals they strike may continue to be more supplemental than replacement.

However, it’s worth keeping in mind that streaming-only broadcasts are still relatively new, that there are always growing pains with new technology, and that (most importantly) there are still several years before these new deals are likely to be negotiated. We don’t know what the TV and streaming universe will look like at that point. Maybe broadcast TV will remain the dominant option, with perhaps some cable (depending on how cord-cutting progresses for ESPN and possibly Turner, often mentioned as a potential player this next time around) and some supplemental streaming coverage. Or maybe streaming will dramatically improve in reach and reliability, and some of the new NFL deal will involve a streaming-only option. We’ll have to see.

But Rolapp’s comments here are important, as they illustrate how the league’s priority is reach, not just money. For streaming companies to gain significant exclusive NFL coverage, and for this to really be an “inflection point” rather than a slight alteration to the status quo, those companies may have to show off more reach and reliability than they have to date.