John Ourand of Sports Business Daily is reporting that the NFL is currently shopping the 2016 rights for Thursday Night Football and would be willing to split them between two or even three networks.

The league has to keep at least eight games exclusive to NFL Network so that the channel can meet its minimum number of games needed to maintain an affiliate rate above $1 per cable subscriber per month. That leaves nine games open for simulcast across the major networks.

The NFL has asked CBS, Fox and NBC to submit bids at various levels, as high as eight-to-10 games and as low as three-to-five games, opening the door for each network to broadcast three of the 17 Thursday night games next season.  ESPN and Turner Sports are said to have bowed out of negotiations.

The new TNF deal is a one-year deal with a one-year option, according to Ourand’s sources. 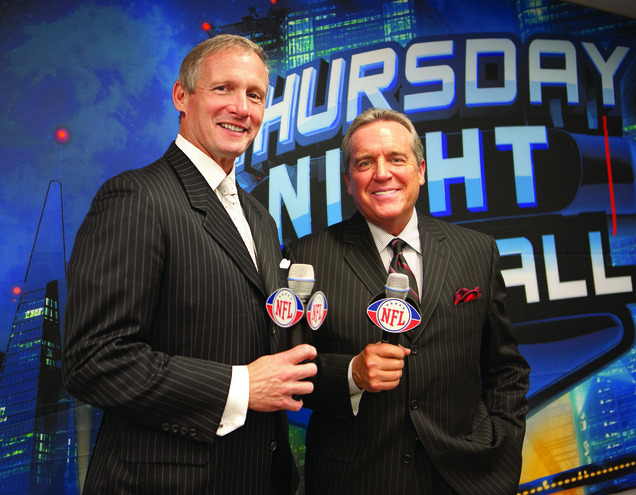 While the NFL might be looking to spread the wealth around, Fox is aggressively trying to outbid rival CBS for the rights to all available Thursday Night Football games. Ronald Grover of The Street says the new bids are expected to “substantially exceed the estimated $300 million that CBS currently pays for the telecasts,” but Fox’s current bid is unknown.

No big surprise that there’s a battle for the rights. TNF games averaged 13 million viewers this season, a six percent increase over 2014. Couple that with the fact that NFL ratings were up in 2015 across the board and anyone who can afford the rights to more games is going to be interested in acquiring more of them.