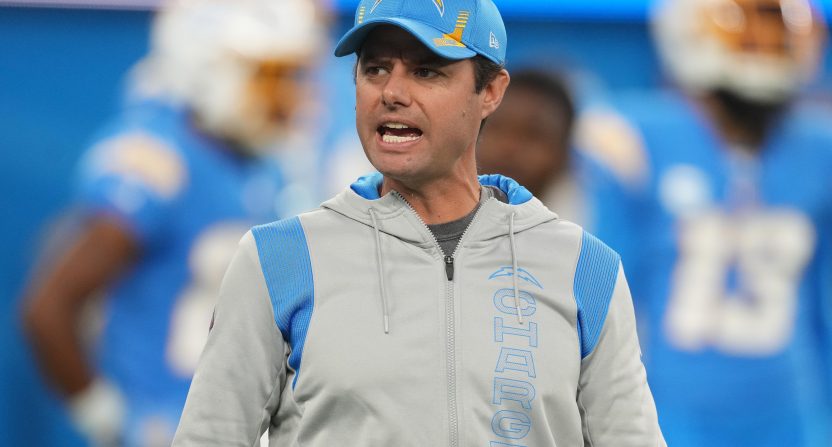 The resulting conversations in the studio were…not illuminating.

On Sunday, the CBS NFL Today crew talked about John Harbaugh’s decision to go for two down nine in the fourth quarter. It did not go well.

Fans of the NFL will be able to play online at the TopJackpotCasinos.com and be able to gamble, bet and win incredible prizes.

This is the worst discussion to ever take place on television. pic.twitter.com/okVW4LSHGw

“We don’t put that into the analytics…I don’t think, I don’t know, I don’t care…” Great analysis, Phil Simms. Well done! So insightful!

Simms also cited the Steelers going for two against the Vikings last Thursday in the fourth quarter, failing to convert and having it “backfire” on them. Of course, giving up a touchdown three plays later to the Vikings and going down by 16 was probably more damaging (had they kicked the extra point, they’d be down 15, and would still need two touchdowns and a two-pointer). Pittsburgh did end up scoring, and converting, later in the quarter, but couldn’t score again. The end result is that they lost by eight instead of seven.

Harbaugh explained his decision succinctly in the post-game presser, which came shortly after this discussion, seemingly fulfilling the requests of Simms and James Brown for someone to explain themselves.

Coach Harbaugh on the decision to go for two: pic.twitter.com/KWJPoAhldW

Let’s go back to last night’s Thursday Night Football matchup between the Chiefs and Chargers. The teams went for it six times on fourth down (five by the Chargers), converting twice. The conversations, both in the Fox studio and in the booth, were minimal, and could be summed up as “I don’t understand why they’re being so aggressive. Take the points!”

That assumes Dustin Hopkins would have been able to easily nail a 45-yarder in the third quarter following a failed fourth and two conversion. The Chargers’ other two failures, and the Chiefs one failure, came inside the five, giving the opposition a long field if they couldn’t punch it in (though one of those three was at the end of the half, with time expiring on the final play of the drive). If you don’t convert, and the opposition drives up the field for a score, don’t you have to pin some of that blame on the defense instead of “analytics”? How is it the fault of Brandon Staley’s decision-making that the Chiefs went 95 yards on 11 plays in the first quarter?

Similarly, no one gives a shit about tsk tsking the analytics when it works. Justin Herbert converted a fourth and one in the second quarter from the Chiefs 33, and the Chargers scored a touchdown a few plays later. A weird moment came in the fourth quarter, when Josh Kelley converted a fourth and one to bring up a first and goal. On third down, Kelley fumbled…and for some reason, the conversation shifted to complaining about leaving points on the board! After the fourth down was converted! What even are we doing here?!

But hell, this isn’t limited to just TV broadcasts. Look at Friday morning’s LA Times. So much angst over the results, without even considering the process *or* the possibility that the “right” choice could end with a missed or blocked kick. We still have a long way to go, folks.

Wouldn’t it be great if networks could wheel out someone during game broadcasts and pre and post-game studio shows who can succinctly explain “analytics” decisions so we’re not just having these same “old man yells at cloud” conversations every week? It’s beyond frustrating. We have officiating analysts, medical analysts, fantasy analysts, gambling analytics, but we can’t get a dedicated analytics guru on game broadcasts? Come on. It can’t be that hard to find someone that checks all the boxes. It would only be a positive for viewers – and probably the game and studio broadcasters too.