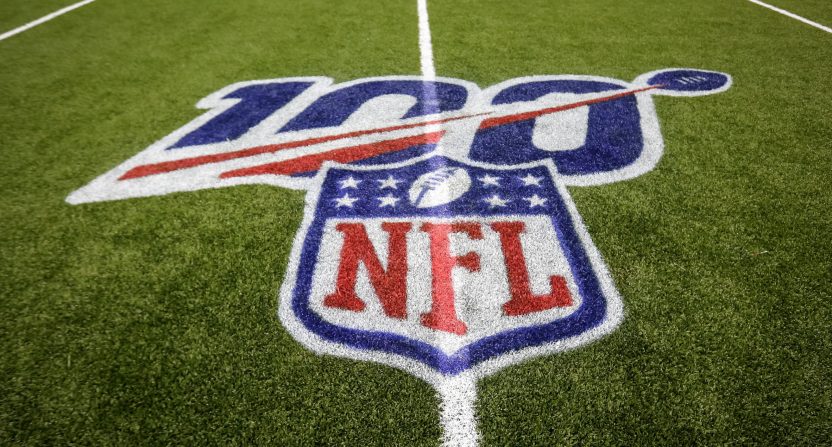 Despite Super Bowl LIII posting the lowest viewership numbers since 2009, it looks like the prices for NFL ads are on the rise for the league’s 100th season this fall. And that may be more of a reflection of the regular season ratings growth (five percent year over year across all windows) the league saw in 2018 than the underwhelming Super Bowl numbers. It also helps that 2018 saw an overall low in NFL ad pricing (the lowest since 2015 on average), perhaps thanks to the 9.7 percent regular season ratings drop in 2017. Still, this appears like a nice bounce-back for the league and its television partners. Anthony Cruipi has more at Ad Age:

NFL ad pricing has rebounded after last year’s drop, as buyers report that the average unit cost of a 30-second in-game spot purchased in the 2019-20 upfront was up between 5 percent and 10 percent compared to the year-ago bazaar. Dollar volume also has improved, with advertisers pinning more of their budgets to media’s most reliable reach vehicle.

Pricing increases are determined by a number of factors, including day parts, ratings projections and the pedigree of the teams competing in a given broadcast. Thus far, one of the most expensive buys on the schedule is the Cowboys-Patriots showdown set to air in Fox’s national Sunday afternoon window on Nov. 24; the average cost of buying a half-minute spot in this rare meeting between America’s Team and the defending Super Bowl champs is north of $800,000 a pop.

This is another reason why the NFL’s ratings bounce-back in 2018 was important. That rebound helped reassure advertisers worried about the drops in 2016 (eight percent year over year) and 2017, and even with lower Super Bowl ratings, it appears to have brought some confidence in the NFL heading into this year. And that matters with wider negotiations for the league’s primary TV packages not all that far away (those rights expire after the 2022 season).

Those packages may not go for the “50 percent more” Dallas Cowboys’ owner Jerry Jones claimed recently, and if they do get that high, it certainly won’t be just because of the reason he cited (legal sports gambling), but the NFL’s overall TV situation does seem to be looking good. And another reason Jones cited there actually does fit; even a down NFL still looks quite strong next to much of the rest of TV. These ad rates’ resurgence is further evidence of that.