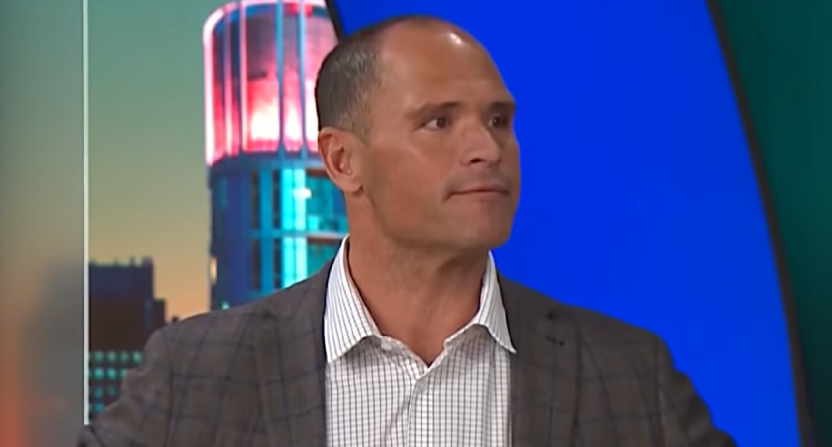 Last night we covered the news that CHGO Sports was removing longtime Chicago Bears center Olin Kreutz from his role after a physical confrontation with a colleague.

Kreutz himself responded to the tweet with his own, with a reponse that’s not exactly an apology or contradictory statement:

Today, new details emerged thanks to a Chicago Sun-Times report by Jeff Agrest, who cites sources saying that Kreutz assaulted fellow CHGO personality Adam Hoge during a staff meeting. Hoge joined CHGO from NBC Chicago, and along with his work across CHGO platforms hosts the Hoge & Jahns Podcast with Athletic beat reporter Adam Jahns, part of The Athletic network.

From the Sun-Times report:

Former Bears center Olin Kreutz grabbed the neck of CHGO colleague Adam Hoge in response to a flippant remark Monday, according to sources, costing Kreutz his analyst job at the sports-media startup.

The incident occurred at a staff meeting in CHGO’s West Loop office. Hoge did not require treatment, and he didn’t file a police report. He returned to work Tuesday to host his Bears podcast.

Agrest also cites sources saying this is out of character:

Still, industry insiders were surprised by Kreutz’s actions at CHGO, saying he has been great to work with, he takes his jobs seriously and he’s always prepared.

Considering the fact that it happened and that Kreutz’s response to being let go over it was to cite a Mike Tyson quote essentially saying he was in the right for doing it, well, it’s hard to say it’s entirely out of character, at this point. Hoge might not end up addressing the incident for a variety of reasons, but we’ll definitely be monitoring to see if he comes out with his side of events.

This is a bit of a tough look for CHGO, too, as they attempt to get things off the ground, but assuming this report is an accurate description of events, and Jeff Agrest is as plugged in to Chicago the media beat as anyone, kudos to them for taking immediate action.

According to a source, before a taping of their Bears podcast on Monday, Hoge and a producer were talking about Twitter reactions to Kreutz jokingly walking off the taping of Friday’s draft-night podcast in response to the Bears not drafting an offensive lineman in the second round. In regard to those comments, Hoge made a sarcastic remark about Kreutz being too negative about the Bears’ draft.
At that point, Kreutz had just entered CHGO’s loft space and heard Hoge’s comment, yelling at him in response. Kreutz then charged at Hoge while he was seated on the video set. Hoge’s chair tipped back and Kreutz grabbed him by the neck before eventually letting go. According to a source, Hoge tried to defuse the situation and even suggested going through with the taping of Monday’s podcast.