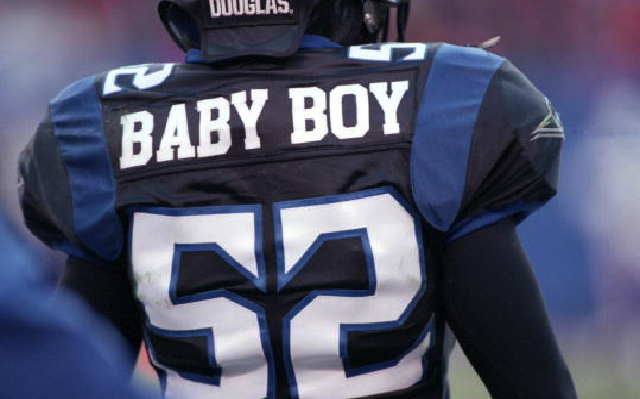 It only took one half of the first XFL game for then-NBC Sports president Dick Ebersol to realize that his new, exciting venture with the WWE’s Vince McMahon, a new professional football league, was a bad mistake.

On Feb. 3, 2001, the XFL kicked off its inaugural game, a matchup between the New York/New Jersey Hitmen and the Las Vegas Outlaws. The stream of cars driving toward Sam Boyd Stadium filled Ebersol with excitement, immediately invoking a cinematic image in his mind.

“Like something out of the movie ‘Field of Dreams,” Ebersol told The Wall Street Journal‘s Jason Gay.

But once the noise and bravado of an upstart maverick pro football league that boasted it would the toughness and fun missing from the NFL, the lack of talent at skill positions and rules not conducive to exciting plays and touchdowns, it soon occurred to Ebersol that they had a bad product on their hands.

“By halftime,” Ebersol told Gay, “I knew in the pit of my stomach that this was really just terrible football.”

That really could be the XFL’s legacy, a circus that talked a big game, but didn’t have the athletes, coaching and innovators that made the NFL a polished, enormously popular sport. As a result, the league lasted only one season and became more of a quirky footnote in sports history, rather than establish any sort of legacy.

But 16 years later, with the benefit of hindsight, the XFL did indeed leave a footprint on professional sports and sports broadcasts. To commemorate the league’s 15th anniversary, Awful Announcing’s Sean Keeley detailed the territory that the XFL pioneered, innovations that have created a lasting impression on sports television.

What was once a cautionary tale has also become fodder for increasingly popular sports documentaries. ESPN is tapping that reserve for an eagerly anticipated upcoming installment in its 30 for 30 series, titled This Was the XFL. As Gay writes in his WSJ feature, what once was viewed as an embarrassment and failure now is the source of some pride for all involved.

“I think the XFL had an undeniable impact on the sports landscape we see today,” McMahon said.

Years later, both men are proud that they took a big risk.

“How many times in life do you have a shot at trying something like that?” Ebersol asked.

Well, maybe except for NBC’s Bob Costas, who knew the XFL was a bad idea from the start. He doesn’t appear to be interested in any sort of love letter to the failed venture.

“No, I didn’t think the XFL was going to work,” a cackling Costas says at one point. “I thought it was going to suck.”

Costas can get as nostalgic as any sports broadcaster. But not when it comes to renegade pro football created by professional wrestling moguls emphasizing entertainment over athletic merit. And that surely provides some entertaining sound bites for this documentary.