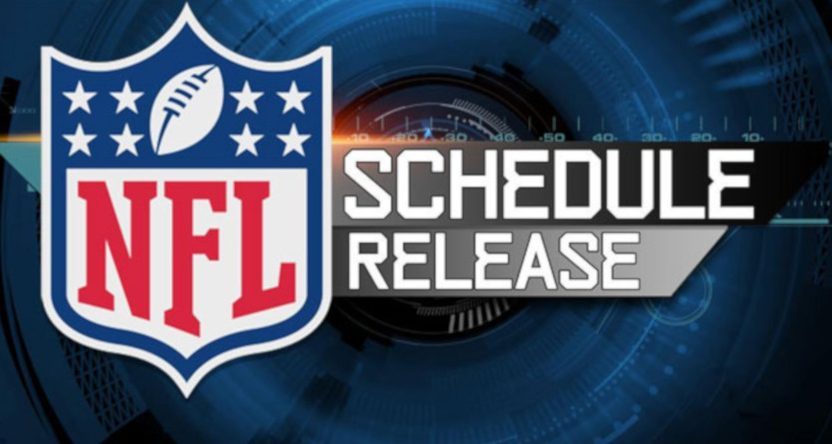 The NFL’s 2019-20 schedule is out, including the list of primetime games, and there’s plenty of subjective analysis out there about which matchups look good. But it’s also worth considering how the matchups objectively stack up for each network broadcasting primetime games, both in terms of how the teams did last season and how many viewers they tended to draw last season.

How the teams did last year is easy enough to quantify; for our purposes here, we’ll use regular-season wins. How many viewers they tended to draw is a bit more complicated, as that can depend on a variety of factors; the network broadcasting them, the timeslot, the opponent, how much of the country their game went to (for the Sunday afternoon regional slots) and more.

We considered two different viewership metrics here; Ad Age‘s ranking of viewership for each team for nationally-televised games during the 2018-19 season, and a Vidlytics look at local viewers (for both regional and national games) through the first six weeks of the 2018-19 season (via Reddit). (Full local viewership data would be better, but that wasn’t available.) And by all of those metrics, the primetime schedule rankings go NBC>Fox>ESPN>NFLN, as seen in the following graph and table. (We’ll discuss how these were generated in more detail below. Also, the full sheets can be viewed here.)

How did we get here? Well, here’s the sheet we constructed with each national TV window for NBC, ESPN, and Fox/NFL Network. (The conclusions above treat the Fox/NFL Network games as Fox-only and combine them with the Fox-only Thanksgiving game for the overall Fox rankings; the NFL Network rankings refer to only the NFLN-exclusive Thursday games in Weeks 2, 3 and 15. Their schedule will likely look better after some of the five “TDB” games in Week 16 are flexed into a pre-Christmas Saturday doubleheader, or possibly a tripleheader.)

A few notes on that: “Week 1B” refers to the back half of the opening Monday Night Football doubleheader for ESPN, and to the opening Sunday game for NBC (their opening Thursday game is in “Week 1”). “Week 13” is Thanksgiving, so the NBC and Fox games there are the Thursday Thanksgiving ones: “Week 13B” is NBC’s Sunday game that week. “PRW,” “PHW,” and “PTW” are previous road, home, and total wins respectively (so games the road team won last year, games the home team won last year, and combined games they won last year; thus, a high PTW is good), while “RMR,” “HMR,” and “TMR” are road, home, and total market rankings respectively (where 1 is the best and 32 is the worst individual market ranking; thus, a low TMR is good).

It’s interesting to look at the separate rankings for the Vidlytics and Ad Age data, as they have some dramatically different answers to the question of “which teams are desirable nationally.” For example, the Jets and Browns are 32nd and 31st nationally in viewership for national window rankings by Ad Age, but that has a lot to do with what national windows they wound up in. The Jets had the super-early MNF opener against the Lions and a pair of NFLN-exclusive games, while the Browns had a pair of NFLN-exclusive games; those are lower-watched windows than, say, Sunday Night Football.

And it seems the Jets and Browns may not be quite as bad of a bet nationally as the 31st and 32nd would indicate. The Vidlytics data had them 9th and 11th respectively (That data sorted by local viewers can be found here), and there’s some national excitement around the Browns in particular thanks to Baker Mayfield. That helps explain why they’re being televised nationally three times in the first five weeks this year (with none of those games being a NFLN exclusive).

However, the Vidlytics data also has its shortcomings. It’s from a smaller sample size of the first few weeks last year, and it only considers local viewership. That underrates teams that have smaller home markets but do well on a national level, such as the Packers and Saints (20th and 25th by Vidlytics, fourth and seventh by Ad Age). So both of these data sets have some shortcomings as a standalone way to evaluate a team’s national drawing potential. But it’s interesting that they both tell a similar story, and a story that matches up with teams’ wins last year; in all three categories, the NBC>Fox>ESPN>NFLN pecking order holds up.

That makes sense, considering that the NFL has viewed Sunday Night Football as a top showcase since it went to NBC and that Fox has tried to really bolster their Thursday night lineup. As for ESPN, well, their average Ad Age total market ranking has fallen off since their push for a better schedule a few years back (it was 29.2 in 2016, 28.4 in 2017, and is 30.4 now), as has their average total previous wins (17.5 in 2016, 18 in 2017, 16.4 now). So it’s fair to question just how great their supposedly-improved relationship with the NFL really is.