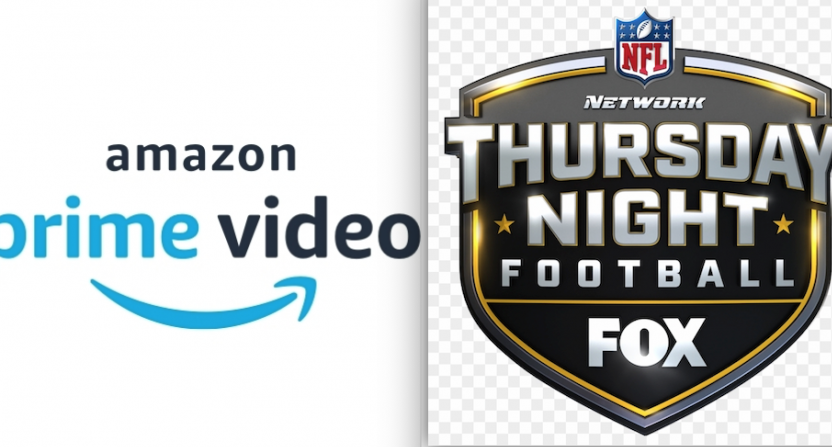 The NFL still hasn’t officially announced its new round of TV deals, but as reported last week, Thursday Night Football is going to become an Amazon property. The details are still a bit sketchy about all of the TV deals, include the Amazon one, but a small amount of details were reported on Wednesday.

Per Joe Flint of the Wall Street Journal, a larger chunk of TNF games would be Amazon exclusive in their new agreement with the league, while NFL Network’s share of exclusive and/or simulcast games would decline to no fewer than five. Games streaming on Amazon would air on local broadcast stations in the markets involved.

A deal with Amazon would result in a significant number of Thursday night games exclusively on its Prime Video platform and represent the league’s deepest foray into streaming, some of the people said. Those games wouldn’t be available on traditional television outside of the local markets of the two teams playing, they said.

Amazon currently pays between $75 million and $100 million to stream Thursday games, a person with knowledge of the deal said. As with Fox, that contract still has two seasons on it. The NFL Network would continue to carry a handful of exclusive Saturday and Thursday games as its contract with distributors requires it to carry at least five games a season, people familiar with the league’s thinking said.

You don’t even need to stretch out the TNF package to get to five games on NFL Network. A Thanksgiving night game would count for one, and then the league could air four Saturday games in Weeks 15 & 16. Bam: there’s your five games. Last year, the NFL was kicking around the idea of moving some games to Saturday, but decided only to do that if there was no college football at all. As you know by now, there was a college football season, and the Saturday games were limited to a doubleheader in Week 15 and a tripleheader in Week 16.

If Amazon does get the bulk of the TNF package on an exclusive basis, Flint reports that their yearly rights fee could escalate to around $1 billion per year. Fox is currently paying around $660 million a year for the TNF rights, in addition to the $1.1 billion a year they pay for their standard Sunday package. Fox, CBS, and NBC are all expected to pay around $2 billion for their new rights deals, while ESPN’s is increasing to between $2.4 and $2.6 billion, a smaller percentage increase than the other networks are dishing out.