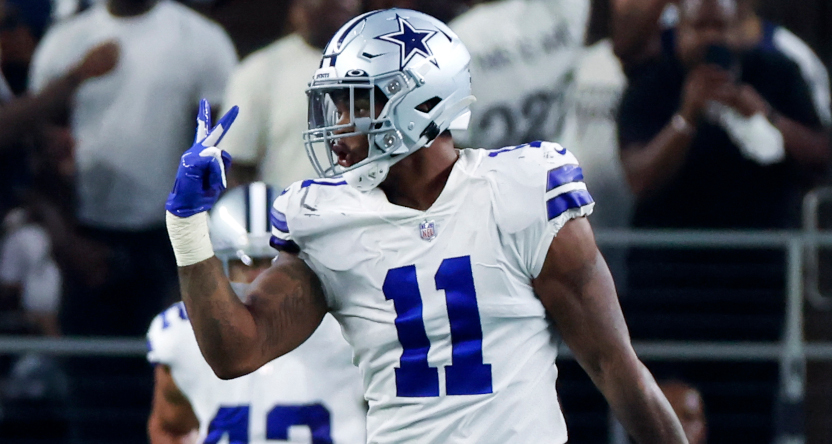 After Fox Sports’ Undisputed made the grand announcement that Micah Parsons would be a weekly guest during the NFL season, the Dallas Cowboys‘ linebacker already ghosted Skip Bayless and Shannon Sharpe in Week 1.

Tuesday morning was set to be Parsons’ first appearance on Undisputed. But Bayless acknowledged they were unable to get in touch with the 23-year-old after Dallas lost to the Tampa Bay Buccaneers on Sunday Night Football.

Micah parsons ghosted skip bayless & undisputed staff & will not be on undisputed today ?

“All day yesterday, we could not reach Micah,” Bayless admitted Tuesday morning. “Then, as we got into the evening, we couldn’t even reach any of his people. So it led us to believe, ‘Well, maybe he was just crushed by the opening night loss,’ which is highly possible. We are still extremely hopeful that he will join us next Tuesday on Undisputed.”

While Parsons (seen above during Sunday’s game) may have ghosted Bayless and Sharpe, the Cowboys linebacker has not been absent from the public eye. He engaged in a prominent Twitter dispute with Bucs running back Leonard Fournette on Monday. Parsons remained active on Twitter while he was supposed to be on FS1 Tuesday morning, posting a video imploring fans to help boost his Madden rating.

“We had equipment installed in Micah’s home in the Dallas area,” Bayless added, seemingly confused by the no-show. “And when we made the big grand announcement, he immediately tweeted about how excited he was to join us.”

FS1 labeled their anticipated weekly spot with Parsons an “unprecedented” programming decision. That declaration was mocked by Pat McAfee, who has Aaron Rodgers on his Tuesday radio show every week for the third straight season. Much like Parsons and the Cowboys, Rodgers guided his Green Bay Packers to a disappointing opening week loss. But unlike Parsons, the quarterback still showed up on-time for his weekly segment with McAfee.