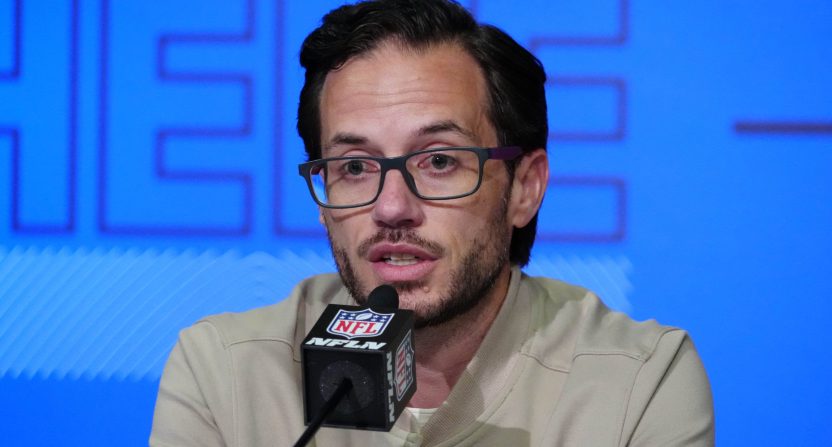 Mike McDaniel has yet to coach a game with the Miami Dolphins. But fans of the team can take comfort in this — their new coach knows how to win a challenge.

Before heading to the NFL Draft Combine in Indianapolis, McDaniel was interviewed by Rich Eisen.

Well, Eisen challenged the new coach to use three coaching cliches — “I don’t have a crystal ball,” “It is what it is,” and, depending on the situation, either “I can only control what I can control” or “I’m only talking about the guys that are here” — in one press conference.

Eisen noted that in his time at NFL Network, no coach had used all three in the same presser.

McDaniel upped the ante, saying he’d do it all in his one statement.

At the Combine, McDaniel was asked about the contract situation of star cornerback, Xavien Howard. With that, he pounced, nailing all three cliches. When it was over, he got a high-five from Eisen.

Dolphins coach Mike McDaniel used a question about the future of Xavien Howard, who wants a new deal, to execute the @richeisen challenge. pic.twitter.com/U1UeMSYKgy

That is beautiful. It’s shades of the classic scene from Bull Durham, with Crash Davis teaching Nuke LaLoosh the best cliches to use during his interviews.

McDaniel may be a rookie coach. But listening to this press conference, he sounds like a 15-year veteran.