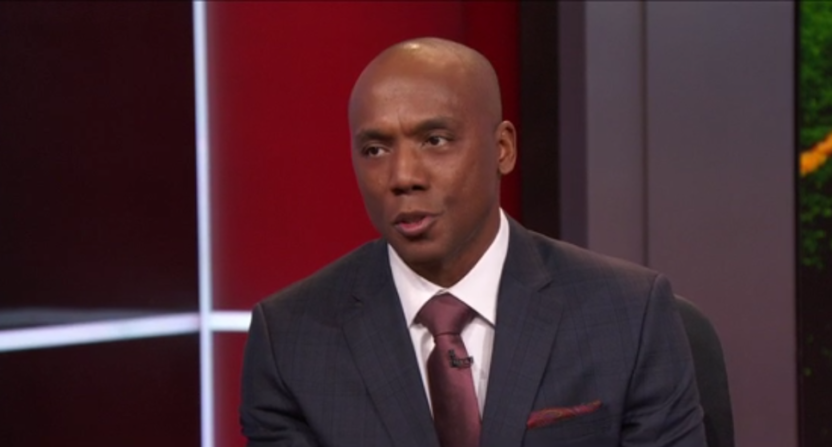 It looks like ESPN NFL analyst Louis Riddick is again in the mix for a NFL general manager’s role, this time with the New York Giants. Kimberly Jones of NFL Network and WFAN reported Wednesday that Riddick would likely be the Giants’ next interview (following former Carolina Panthers GM Dave Gettleman), and Riddick interviewing with the Giants Thursday has since been confirmed by SNY’s Ralph Vacchiano and Art Stapleton of the Morris County Daily Record, amongst others.

Oh, and Riddick hasn’t denied this one, unlike Ian Rapoport’s “deadass wrong” report of him interviewing with the Chiefs last year. So it does appear that this is happening, and that leads to some interesting questions.

The Giants have indicated that co-owners John Mara and Steve Tisch are going to make the first call on hiring a head coach, but want to hire a GM first and take some input from their executive. Their willingness to bring in McDaniels could play a role in how willing Riddick is to take this job, as he’s previously said he’s happy at ESPN and isn’t leaving unless the situation is perfect:

If the right situation comes up and there is interest, I will definitely explore it. But I must emphasize that it has to be something that works on many different levels, as I’m happy doing what I am doing at ESPN, and plan on trying to be the very best in the business.

Beyond that, the Giants have to make a decision about what to do with quarterback Eli Manning, who was infamously benched by former head coach Ben McAdoo and GM Jerry Reese a few weeks back, eventually leading to their firing. Manning has been starting again since then, and Mara said he wasn’t happy with how McAdoo handled the situation. But Manning’s long-term future as the Giants’ quarterback is a valid question, especially considering that he’ll be 37 in January, and it’s a question that GM candidates are going to have to weigh in on.

As NJ.com’s James Kratch notes, Riddick is an interesting GM candidate for the team given that he aired his thoughts on the Giants and Manning publicly in a Dec. 11 segment on ESPN:

“There’s a number of different things you can wind up doing with him,” Riddick said. “I mean, if you’re not going to find out what they have with Davis Webb, then it probably makes sense to go ahead and keep him.”

…”If you’re going to move him, you’d have to trade him, more so than cut him,” Riddick said during the segment. “Why would you just cut him and not get anything back when you know there’s going to be a market for him?”

…”Drafting a young player has to be on the ticket anyway, just by virtue of the fact that you know [Manning is] closer to the end then the beginning,” Riddick said. “There’s a lot of different moving parts here. But I think everybody will win in the end. I think Eli will get what he wants, and I think the Giants will just move on into the future.”

None of that’s a definitive answer; as Riddick notes, there are plenty of moving parts. And opinions can obviously change once you’re on the inside of an organization and have access to internal metrics, evaluations, injury histories and so on. But it certainly sounds like Riddick thinks Manning has trade value (he does have a no-trade clause, so any trade would have to work for him), and might try to move him on. But he also isn’t adverse to keeping him for the short term while a younger quarterback develops.

That’s more information about Riddick’s thoughts on Manning than we have for any other Giants’ GM candidate (so far, reported candidates include Gettleman, interim general manager Kevin Abrams, and vice president of player evaluation Marc Ross).

If the Giants do decide to bring in Riddick and he decides he wants the job, that creates a hole at ESPN. Riddick has worked for the network since 2013 and has become well-respected for his front-office perspective. He’s contributed to a variety of NFL shows and the network’s NFL Draft coverage. If he does leave, it will be interesting to see if they bring in someone new with a front-office background, or if they continue on with their current NFL analysts.