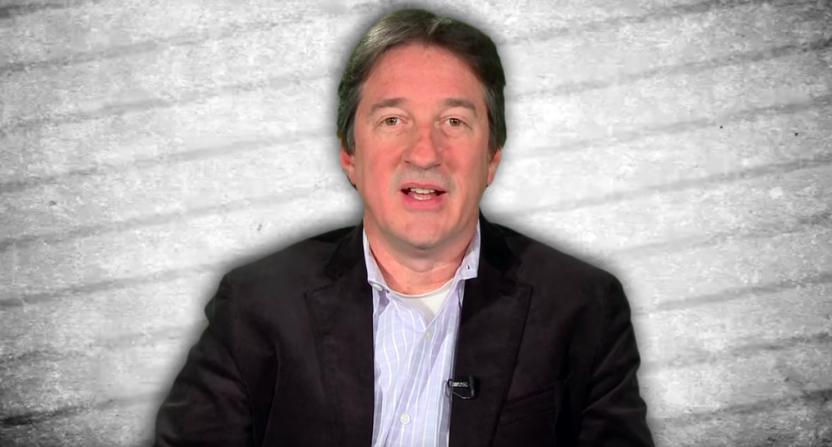 The Las Vegas Review-Journal reported Sunday that Don Banks, the veteran pro football writer they had recently hired for NFL coverage, had passed away in his sleep earlier that morning. Banks had attended the Pro Football Hall of Fame ceremonies the previous day in Canton, Ohio.

Paramedics were called to the 56-year-old’s hotel room but he was found unresponsive and pronounced dead on the scene.

Banks was mostly known for his 16-year stint with Sports Illustrated where his Snap Judgments column recapped each Sunday of the NFL season. He was also known for his various appearances on TV and radio shows across the country including NFL Network’s Top 10 program, the Dan Patrick Show, and more. He left SI in 2016 in what he described as a “salary cut.”

Later that year he reappeared with his Snap Judgements column on NFL.com but then started posting directly on the New England Patriots website.

In 2017, Banks joined The Athletic as an NFL contributor in 2017, where he wrote generally about the NFL but did maintain a focus on the Patriots. He joined the Review-Journal recently to cover the eventual arrival of the Raiders and his first piece for them had been published on Sunday.

In my debut for @reviewjournal @RJ_Sports, I talked to some who lived the 2018 Browns' memorable "Hard Knocks'' saga, including Todd Haley and Hue J., to see if there are lessons to be learned for the 2019 Raiders, who are about to get their HBO star turn: https://t.co/Sarc8A6PAa

“Words can’t express the depth of sadness the Review-Journal staff feels for Don’s family and friends,” Review-Journal Executive Editor Glenn Cook said Sunday. “Beyond a sportswriting institution, Don was a dedicated husband and father and a class act. No NFL journalist commanded more respect. The sport has lost one of its finest storytellers.”

Banks was remembered fondly on social media by many of his colleagues for his work as well as his friendship.

When I got NFL beat for the WSJ, I went to two minicamp practices in Philly and Baltimore–luckily, Don Banks was at both and basically gave me a roadmap on how to operate when I was absolutely clueless. His patience and advice was incredible that week and I think about it a lot.

From the moment I started at Sports Illustrated, at every big NFL event we both attended, Don Banks made sure we did dinner and drinks, and then introduced me to as many people as he could so I could build relationships. I’m honored to call him a friend. Rest in peace, Don.

Don Banks was a rarity among NFL writers. Someone everyone liked. He was an excellent beat reporter, especially in Tampa, and graduated to league-wide coverage. He would often nail the tone of how to cover a big story. He was also a good friend. I will miss him. https://t.co/FC9nJkHS1c

. @DonBanks was a great man who was always looking to help and make those around him better. Just a few weeks ago he sent me this message. Rest easy, Don. Man, life is short and oh so precious. pic.twitter.com/yJCorpu8yQ

Banks is survived by his wife, Alissa, and two sons (Matt and Micah) from a previous marriage.