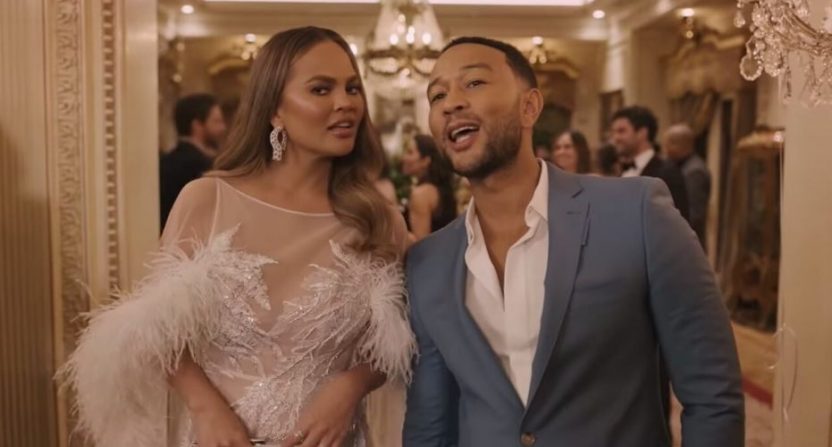 Kobe Bryant’s tragic death last week in a helicopter crash sent shockwaves through U.S. sports and pop culture that have yet to subside. While the effect it had on the NBA was obvious, the outpouring of loss, memories, and condolences from just about every corner of the sports world has been staggering and speaks to the impact Bryant had on not only his sport but also the culture-at-large.

That impact will continue to be felt on Sunday during Super Bowl LIV, often in ways that viewers may not even realize.

In the wake of a tragic death, it’s not uncommon for a marketing campaign to alter course as not to offend those grieving and seem as though they’re capitalizing on that grief. However, following the tragedy that claimed the lives of Bryant, his daughter, and seven others, multiple brands have changed course on their commercial campaigns around the Super Bowl.

The most infamous so far is Planters, which hit pause on its #RIPeanut campaign that was built around the sudden death of mascot Mr. Peanut. They still plan to air their intended Super Bowl commercial, which will feature the funeral of Mr. Peanut, though whatever lighthearted twist they had in the works seems to have been undercut at this point. Planters even went as far as to cut all pre-game advertising and move their ad to earlier in the game. It’s also a bummer for Wesley Snipes and Matt Walsh, who drew the short stick in the “random celebrities smushed together in a Super Bowl commercial” lottery.

Hard Rock went all-out on their Super Bowl commercial by calling in director Michael Bay, who is best known for exploding things up real good. As you might imagine, the company decided to alter the final commercial as some of the original scenes could now be “perceived as insensitive.” We know that a scene involving Los Angeles Laker legend Kareem Abdul-Jabbar was removed, but it’s unclear what else might have been changed.

Hyundai’s Genesis brand recut their Super Bowl ad in order to remove “the appearance of a stationary helicopter” in the first few seconds. While that might seem like a bit much, it’s also probably fair enough to want to distance yourself from any kind of perceived reference to helicopters for the moment. You can notice what’s not there in this edited version as John Legend looks skyward but we never cut to what he’s looking at.

Toyota decided to edit their Super Bowl commercial as well, citing “sensitivity to recent news events.” It’s unclear what they changed but the 60-second commercial will promote the Highlander SUV.

The news may or may not have an effect on Snickers’ Super Bowl ad, which apparently features a helicopter lowering a giant Snickers bar into the ground. It might seem silly to have to change that kind of dramatization but no one wants to be the brand that reminds millions of viewers about a helicopter crash.

Bryant’s death also influenced the Las Vegas Convention and Visitors Authority, Procter & Gamble’s Olay, Pop-Tarts, and Avocados From Mexico to pause the rollouts of their marketing campaigns, opting to start promotions closer to or during the Super Bowl.

The incident even caused one brand to hold off on promoting it’s new campaign because their spokesperson is simply associated with Bryant. General Motors is promoting its new electric Hummer with LeBron James and chose not to do any pre-marketing given the relationship those two NBA stars had.

Bryant’s impact at the Super Bowl won’t be all about removing things. A tribute is planned for him during the halftime show. And so, even if much of the way the broadcast will be altered is about trying to avoid a connection with the tragedy, there will at least be one big heartfelt moment where those who lost their lives will be honored and appreciated.