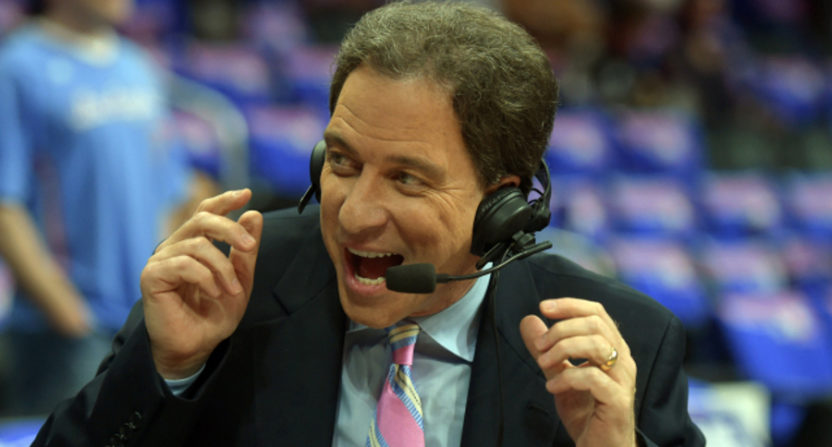 When Kevin Harlan delivered an amazing Westwood One radio call of a fan running on the field during a 49ers’ Monday Night Football blowout of the Rams last September, he initially was worried it was going to get him in trouble. It wound up being anything but; fans loved it, his bosses loved it, and even media outlets loved it, as it landed him a Tonight Show invitation to call pedestrians walking down the street (he had to decline thanks to timing and travel issues) and was played on Today.

His second MNF call of two fans on the field during a Colts’ blowout of the Jets in December, which came at the instigation of analyst Boomer Esiason, won plenty of praise, too. But Harlan told For The Win’s Charles Curtis Wednesday (at the NFL on CBS Media Day; he calls games for CBS on Sundays) that he’s not planning to do any more calls of fans on the field:

Harlan said he didn’t do it for publicity. It reminded him of what he would do to pass the time during horrible Chiefs and Timberwolves games before he was elevated to a network job.

But even after making second call of a field invader (he noted that broadcast partner Boomer Esiason started that one), he’s retiring from the fan-running-on-the-field business.

“I continue to pinch myself when I’m in a room with all these great people,” he said, pointing to a group that included Jim Nantz, Ian Eagle, Tony Romo, Rich Gannon and others, “and that thing played as it did.”

“My kids saw it on the Today show the next day,” he added. “So I guess I just feel like, alright, everyone was good, now don’t test the waters.”

That’s too bad in one sense, but it is also perhaps best to let these legendary calls live forever on their own merits rather than trying to repeat them and making it tired. And turning calling fans on the field into a regular thing might encourage even more idiots to run on the field, so that’s also probably a good thing. In any case, we’ll always have the two times Harlan called fans on the field and managed to liven up incredibly-dull games. Here’s a look back at them:

[For The Win; photo from NESN]