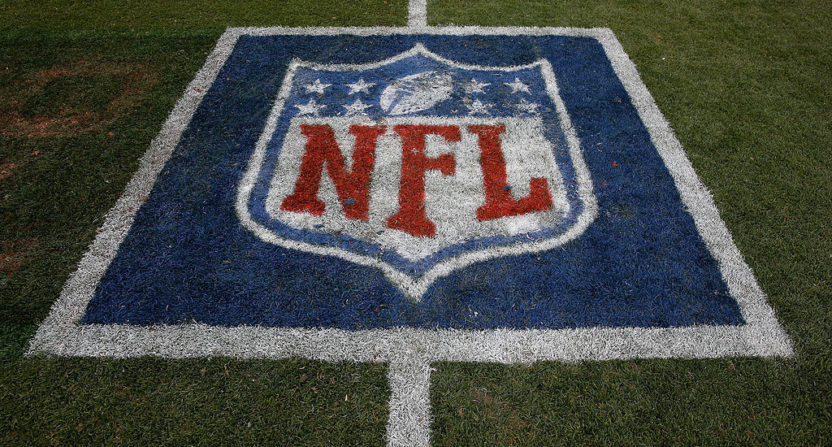 It seems like everyone is mad at the NFL, whether you are young and old, male or female, and just about any ethnic identity you could think of. Pick a reason – game quality, protests during the national anthem, support for exiled quarterbacks, support for the President – and it will likely be used as someone’s cause for tuning away from the league this season.

Because we’re all just grasping at straws a bit, it’s important to get an honest look at the NFL’s television viewership through the first four full weeks of this season, to go beyond P.R. puffery and media punditry. Compared to past ratings analysis, this quarter-season deep dive moves away from the traditional ad sales demos (adults aged 18-49 and 25-54) due to the overlap of the two age groups. Instead, these are snapshots of ages 18-34, 35-54 and 55+. While youth viewership has also been impacted by some of the same issues, children’s viewing habits are largely shaped through the prism of their parents and guardians.

Once again, NFL Network is excluded from the analysis due to its smaller distribution footprint and partnerships with CBS and NBC, who have much larger viewer totals.

While many tried to pin the ’16 drops on coverage of the presidential election, it was a volatile hurricane season that had a direct impact on the Gulf Coast markets in early September. (Certainly the loss of life and property damage is more important than ratings, even to Nielsen itself.) Yet, for those still exploring the Election Day theory, the first four weeks of the 2013 season were 5% better than 2012.

Fascinatingly enough, the declines over the last two years with Adults 18-34 mirror each other whereas moving into the older sets saw smaller, but still notable declines. The usual suspects play prominent roles – cord-cutting, legal streaming services, illegal streams, non-sports programming – but one can never ignore the steady drum of controversies diminishing fan interest or even the shifting habits of casual sports fans who aren’t exactly excited to watch Mike Glennon.

However, as we are well aware of with recent events, the intersection of race, politics and sports has been hard to escape, no matter how hard people may try. With President Donald Trump throwing fuel into the fire with his comments about NFL players protesting during the national anthem – to continue with his railing against free agent quarterback Colin Kaepernick – it’s worth examining viewership from an ethnic point of view.

Latinx NFL viewers have shown some slippage, save for the relatively unchanged 55+ and women between ages 35-54. Breaking down the 18-34 set further, the drops can be attributed to seeing a steep 27% drop among 18-24 year-old Latino men and a 16% fall with 25-34 year old Latina women. Even with some positives for the league among Latina women – 18-24 (+11%), 35-54 (+6%) and 65+ (+10%) – they don’t make up for the overall decline among all Latinx. However, it is important to note that many fans watch sports on Spanish-language networks, which are not included in this analysis, but have substantial ratings that rival English-language channels quite often.

An offseason storyline that grew in prominence among sports and news media was the talk of a TV boycott, or to borrow the hashtag, #NFLBlackout, among the league’s African-American fan base. Debates about its viability have raged on and offline, as well within and around the black community. You may feel free to argue its effectiveness, but the reality is that there have been across-the-board declines, with some more pronounced than others.

There has actually been a largely across-the-board falloff since 2014, yet the percentage drops among all black viewers have doubled with each passing year. After a 2014 peak of 2.93 million black viewers, 2015 saw a 2% decline (2.88M), followed by a 4% decrease in 2016 (2.76M) and this year’s nearly 8% drop (2.55M). Regardless of gender, black viewership has dropped across all major age breaks, though the nominal declines with older NFL fans would be considered flat in industry parlance. Among total viewers, only white NFL fans (-7.74%) have shown a bigger year-to-year drop through the first four weeks than black NFL fans (-7.71%).

As previously examined prior to the start of the season, the real impact of any potential TV boycott would be tested by black fans over 55. Black men of that age group have barely budged, yet black women – who have decreased in all ages by 11%, with 110,000 fewer viewers versus 2016 – have tuned out thus far to a 6% clip. Black viewers under 35, including kids under 17, continue to tumble as the average NFL game was viewed by 18% fewer fans compared to last year, a total of 132,000 viewers.

With white Americans being the majority, it’s natural that white viewers make up the majority of not only TV viewership, but NFL fandom. It’s also because of that largesse that though never openly discussed, any changes here will cause the most consternation among observers. After losing 10% of all white viewers in the first four weeks of 2016 versus 2015, the NFL saw an 8% drop to start this season. So far, 11.71 million viewers have turned on a NFL game on average versus last season’s 12.69 million. The 2015 season saw 14.18 million white TV viewers for the same time period. Every observed age group for both genders has shown decreases.

Where it’s somewhat of a challenge to fully credit the #NFLBlackout for the drops with black fans, it could be a similar challenge to credit President Trump’s call to his predominantly white voters to boycott the league here. The declines among white viewers were bigger a year ago, but even those would be difficult to attribute to Trump appealing to his base after his first comments about Kaepernick’s protest during that preseason. Yes, there were calls from conservatives to boycott the league when some players joined Kaepernick’s protest, but there were also pretty angry Patriots fans considering the same charge due to Deflategate.

However, networks made a concerted effort to broadcast the national anthem – normally a pregame ceremony not seen on TV other than for the Super Bowl – so far in 2017 after the President’s comments. Where the boycott calls might have had disputed effectiveness in 2016, it’s certainly possible that there could have been something to them this season. How much depends on who you talk to, but there’s still the undeniable factor that the NFL has an on-field product that’s sorely lacking from coast to coast, and even across the pond in two London games.

As the weather turns colder in the fall, NFL ratings, like many other television programs, should go up as always thanks to TV usage increasing with more people staying indoors. Yet this look at the first four weeks of games has told us a bit about the sporting public’s collective feelings towards the league. Right now, it really seems as if everyone’s mad at the National Football League.