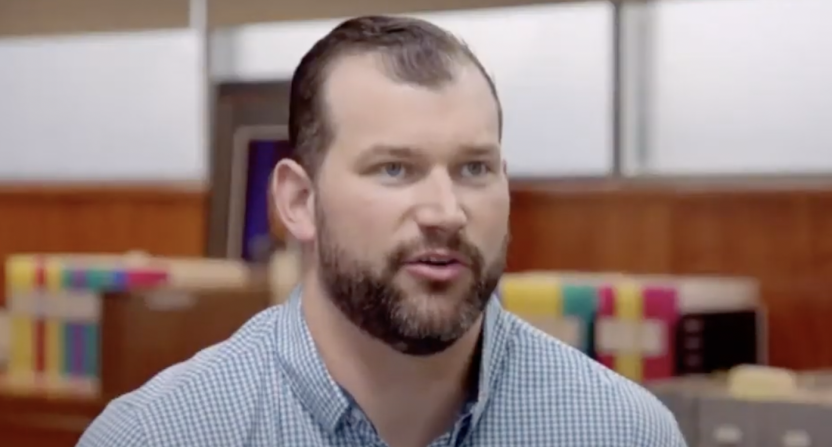 When the Indianapolis Colts hired Jeff Saturday away from ESPN to be their new interim head coach, it kickstarted a wild media cycle that became a referendum on the coaching profession itself. And that was before Saturday led the Colts to victory in his first NFL coaching effort, which flipped the cycle around on the critics who bashed the hiring in the first place.

NFL Network’s Joe Thomas was among those whose voice carried the loudest regarding the hire. Thomas, who, like Saturday, parlayed a long NFL career into a role in the media, didn’t mince words upon hearing the news, calling it “the most egregious thing I can ever remember happening in the NFL.”

“When you hire your drinking buddy to be the head coach of an NFL football team, it is one of the most disrespectful things I’ve ever seen in my entire life — to the commitment, the lifestyle, and the experience that it takes to be an NFL coach, or any coach, much less the head coach of the Indianapolis Colts,” said Thomas last week. “The disrespect that NFL coaches have to feel when they saw that this hire was made was higher than almost anything I can remember in the NFL. And then to defend the decision by saying ‘I’m happy that he doesn’t have any experience because he’s not scared,’ like if you didn’t already insult every person that’s ever worked their entire life to be a head coach in the NFL.”

After Saturday led the Colts to a win over the Las Vegas Raiders, he was asked about Thomas’s comments and defended his hiring.

“I had no idea that he said that,” Saturday said. “I can assure you, I have never gone drinking with Jim. I don’t even know that Jim drinks. I don’t drink very much either. I don’t know Joe. I’m not worried about what Joe thinks about me or anybody else. Like I told you, the Lord will defend. I feel like I’ve been called to do it, so I made the decision to do it. Again, no disrespect to either of those men. They are who they are and said what they said. It will not sway me.”

While many in the sports media world were lauded in the week before the game for speaking up about what the hire meant related to the plight of Black coaches in the NFL and those who spend decades trying to get that kind of opportunity, things flipped after Saturday earned the win. One of the loudest to push back on Thomas was Pat McAfee, who defended Saturday, Irsay, and the Colts while also taking some shots at Thomas.

McAfee also showed a clip from a previous interview Thomas had done on The Pat McAfee Show in which he seemed to imply he would like to be a coach, though it was unclear if it was meant in jest.

Friday, Thomas had a chance to respond to the criticism he’s received for his comments and also explain whether or not he’s simply jealous of Saturday because he wants to be a coach too.

“I feel quite honored that people care what the hell I have to say about any of this,” Thomas said on 92.3 The Fan’s The Ken Carman Show with Anthony Lima on Friday morning. “That’s a big feather in my cap.”

Thomas added that his criticism was not personal, as many others in the NFL media have said, but he still maintains something seemed off about the situation.

“It’s a little tough to speak about because I think by and large everybody that’s known Jeff Saturday, worked with Jeff Saturday — I played with him in the Pro Bowl and worked with him briefly at ESPN — they loved the person. I haven’t heard anybody say that they don’t think he can lead men,” said Thomas. “But I think the conversation has fallen into two buckets. One, people that have played with Jeff, or that have coached Jeff or really personally liked Jeff, obviously they’re on board, or there’s people that maybe want a job with Jeff when he gets the long-term position as head coach with the Indianapolis Colts.

“And then there’s everybody else that maybe holds the head-coaching profession in high regard, high esteem, and feels like there are certain experiences that you may need to have to be able to qualify to be a head coach. And I just happen to fall onto the side of things — that I have a lot of respect for coaches, I have a lot of respect for the job and the dedication it takes to be a head coach. And I think for Jeff, had he taken a job like he’d been offered earlier in the year to be an assistant there and said, ‘Yeah I want to be a coach,’ I think the conversation is totally different, and people would be saying ‘Hey, great for Jeff, we love Jeff, he’s a great leader of men, and we think that he’s got the chance to be a good head coach.’ … But the fact that he was sort of plucked and helicoptered in out of nowhere, I think that’s where people were saying ‘Wait a minute, this is pretty shocking here. It doesn’t exactly pass the smell test.'”

Carman and Lima: Joe Thomas on if he's interested in becoming HC: No, I've said every time I'm not interested in coaching because of the commitment https://t.co/5u0oKUmpAd

Thomas then confirmed that he does not actually have an interest in coaching because of what it would mean from a commitment standpoint.

“I’ve said every time I have a chance that I’m not interested in coaching because of the commitment,” Thomas said while also clarifying that he’s never spoken to the Cleveland Browns about being a coach. “It boils down to two things for me. One, being a head coach is more than giving a good pregame speech. It’s much more about managing all of your coaches on your coaching staff, it’s managing the personalities in the locker room. It’s more than just the decision to go for it on fourth down. It’s how you’re going to manage and coach the coaches within the game. It’s the relationship that you have to have with the ownership, and being the liaison to the captains in the locker room. It’s the scheme and being in charge of the scheme that happens on offense and defense, and understanding how those things mesh together. … I feel it’s a lot more difficult than people want to make it seem. It’s no simple as just do you go for it on fourth down, and when do you take a timeout.”

[92.3 The Fan, transcription originally by Audacy]