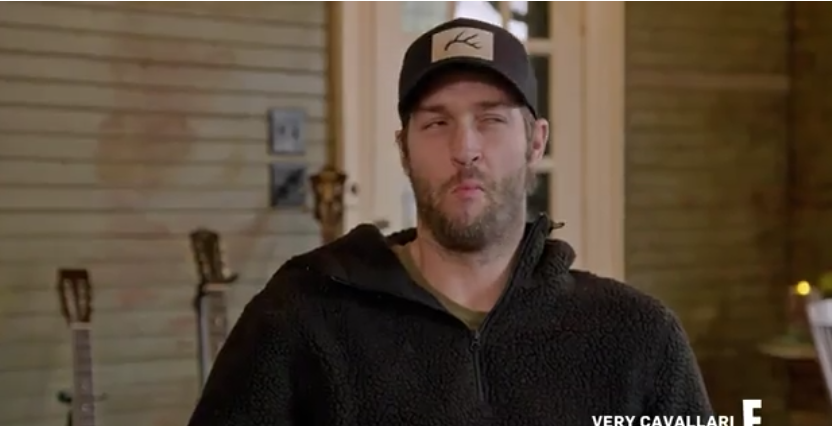 Will 2020 be the year we see Jay Cutler joins the ranks of quarterbacks working in the sports media world?

If you recall, Cutler landed a pretty cushy job at Fox in 2017. He left that job after less than three months, without calling a game on TV, for a one-year deal with the Miami Dolphins. Cutler has spent his time since largely as a reality TV star on Very Cavallari, a terrible TV show that I definitely don’t watch every week with my girlfriend. In last night’s episode, Cutler provided an update on his broadcasting ambitions.

Jay Cutler doesn't want to do any studio work. pic.twitter.com/DrRVSZFz15

In this enthralling clip, you can see Cutler oozing the charisma that has brought all of the major networks to their knees. What can we take away from this very real, and totally not staged, update into Cutler’s sports broadcasting ambitions?

A little over a month ago, The Big Lead reported that Cutler had indeed met with a pair of networks (CBS and ESPN). Cutler seems to be referring to those meetings and we can infer that ESPN was the network that expressed interest in Cutler working in the studio. ESPN only has one NFL broadcast booth and, though the MNF booth is currently in limbo, the network has hours and hours of NFL studio coverage which they’re always shuffling new talent into. Cutler could be an option for Monday Night Football, but there just hasn’t been much chatter on that front.

Meanwhile, CBS, the other rumored landing spot, has eight announcing teams (though only five or six call games on a weekly basis) and has been rumored to be shaking up that talent roster this offseason. Cutler previously landed himself towards the top of Fox’s broadcasting hierarchy, so you would think Cutler would be hoping to slide in at a similar level at CBS. It is interesting that Fox hasn’t opted to kick the tires here again, but perhaps that bridge got burned in 2017 when he walked away from that opportunity so close to the season.

With Cutler’s stated preference to work in the booth, it sounds like if any 2020 deal were to materialize, it would likely be at CBS. Here are the eight primary CBS booths from last season, with an emphasis on the fact that only the top five or six typically call games each week.

The easiest situation here for Cutler is to just slot him in with an existing team instead of removing an analyst. This is what CBS did in 2018 when Bruce Arians gave broadcasting a whirl before returning to the coaching ranks. But would the network really want a booth with *two* quarterbacks as analysts? CBS could theoretically move one of the existing analysts to the studio, or one could simply leave the network, to open up a spot, but they’d then be looking at Cutler going into a booth without a second analyst to help prop him up (as ESPN attempted to do with Jason Witten in 2018).

But would Cutler actually be good at broadcasting? Fox seemed impressed enough three years ago. And while the success of Tony Romo (who was hired by CBS less than a month before Cutler was hired by Fox) has raised the bar, Witten (who spent a year on MNF before returning to an active playing career) lowered the bar to the point where if Cutler’s skill level as a broadcaster falls in between the two, he’ll be fine.