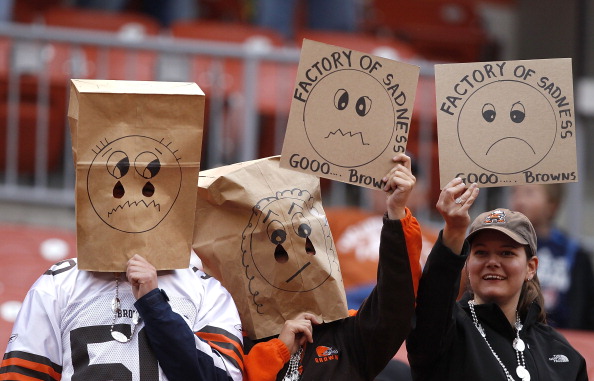 After ESPN’s massive round of layoffs last year, many former Bristol employees found opportunities outside of broadcasting. One of those individuals was former SportsCenter anchor Jay Crawford. The Ohio native returned to his alma mater of Bowling Green in the northwest part of the state as an “executive in residence” with the university.

Crawford has never hid his affinity for the Buckeye state or his love for Cleveland sports, so it’s only natural that he would return to sports media in a role in his home state. But not in the studio, in the broadcast booth. Later this year, Crawford will be the play by play man later this year for the locally televised Browns preseason schedule. He’ll be joined on the three local telecasts by former Browns QB Tim Couch.

Crawford spoke about the new role with ClevelandBrowns.com:

“It’s a dream come true,” Crawford said. “I’m a lifelong Browns fan. I remember all of the heartaches of Red Right 88, The Drive and The Fumble. I’ve experienced all of the highs and all of the lows. For me to get an opportunity to call the team that I grew up watching, and even through my adult life have followed and loved, is really a ‘pinch me’ moment. I couldn’t be more excited.”

Crawford, who is currently living in Cleveland and serving as an executive in-residence at his alma mater, Bowling Green, spent the past decade at ESPN, where he anchored SportsCenter, did play-by-play for the network’s Little League World Series broadcasts and hosted a variety of other programs across the network. His previous jobs took him all over the country, whether it was covering the Tampa Bay Buccaneers for WFTS-TV in Tampa or the Buckeyes for WBNS-TV in Columbus, but he always stayed glued to every shred of news that came out of Berea.

It’s great for Crawford, but let’s be real, anytime you reference some of the most painful moments in franchise history when you’re taking a new job with a team, it is kind of sad. But it perfectly summarizes Cleveland Browns fandom, doesn’t it? Given that Crawford is local in Cleveland, perhaps this is the beginning of more opportunities in the future with the team or elsewhere in northeast Ohio. It’ll be a different experience to hear Crawford make the transition to the broadcast booth after doing studio work for so long, much like Steve Levy calling college football or John Buccigross doing college hockey while still at ESPN.

Crawford’s partner is also worth mentioning in former #1 overall pick Tim Couch. Browns fans may remember Couch as the chosen one who kicked off the never-ending quarterback merry-go-round of doom when the franchise returned in 1999. You may be shocked to discover this, but Couch actually has the most touchdown passes of any Browns starting quarterback this millennium. Yes! Really! Tim Couch! I could have sworn it would be Charlie Frye.

Who better than a former Browns quarterback to evaluate the future disappointment and depression that the team’s next quarterback of the future will ultimately endure?

On the bright side, maybe Couch and Crawford will at least get to call a Browns victory, even if it doesn’t count. The Browns went 4-0 in the preseason last year. We won’t talk about what happened after that.