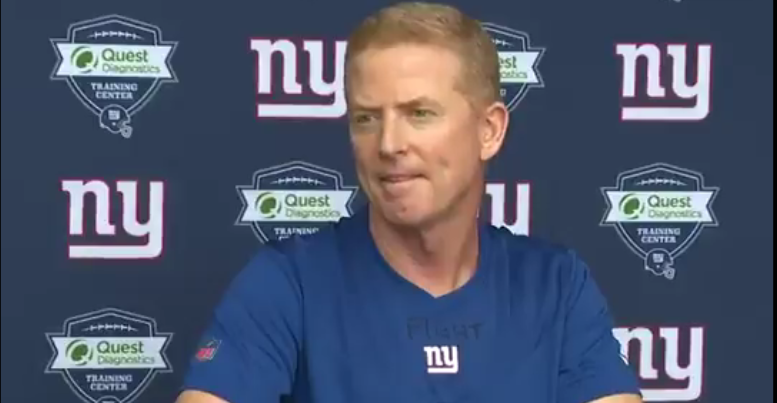 As discussed in our initial coverage of Jackson State head coach Deion Sanders getting upset at a reporter addressing him by his first name rather than as “Coach,” there’s long been debate in the sports media world about if coaches should be addressed by their first name or by their title. The Sanders situation was notable as an unusual case of a coach getting mad about being called by his first name, though, and it was particularly notable as something that drew headlines away from the later story of Sanders and Jackson State blocking a reporter from covering their team over a previous story on a domestic violence charge against a recruit. Now, New York Giants’ offensive coordinator Jason Garrett (in his second year in that role following a 2010-19 head coaching role with the Dallas Cowboys) has pulled a similar move, telling reporters to call him “Coach”:

There are some differences between this and the Sanders story. For one thing, Garrett is currently an offensive coordinator rather than a head coach, so he was even less likely than Sanders to receive the “Coach” title in press conferences before this. Beyond that, the Sanders story came with him exiting his press conference after complaining about how he was addressed, and with him incorrectly saying that Alabama head coach Nick Saban wouldn’t stand for that (Saban has been regularly addressed by his first name in media conferences and hasn’t complained about it). In Garrett’s case, this was already at the end of a press conference, so he didn’t leave as a reaction to this.

Beyond that, the Sanders story now sure looks like an attempted distraction to draw headlines for how he was addressed rather than for the reprisal he and his program took against a reporter. At this point, it’s not clear that there’s anything Garrett’s trying to draw attention away from. There was a fight in the Giants’ training camp Tuesday, but there hasn’t been a lot of big news since. So this might be a more genuine discussion from Garrett about how he wants to be addressed than the distraction tactic from Sanders. (If some big negative Giants’ story follows this, though, that opinion may be revised.)

With that said, this still seems like an odd thing for a coordinator in particular to care about. Sure, Garrett might prefer to be called “Coach,” but taking that to the media makes him look a bit silly. And it certainly seems likely that he won’t get that preferred form of address from all of the currently-credentialed Giants media, and he doesn’t really have a great mechanism to try and enforce that. Maybe he’s kidding, but if so, it would probably be better for him to indicate that more clearly.

If Garrett is serious, it seems unlikely he can actually get people to do this. Yes, Garrett could choose not to do one-on-ones with particular reporters, or leak to their competitors rather than them. He could choose to not answer their questions, or even try to get the media relations department to ban them. But those latter options in particular come with the potential for significant backlash, and it’s unclear that Garrett has the power to take that approach. We’ll see where this goes from here, but it seems improbable that Garrett will be universally called “Coach” just because he wants to be.

[@SNYGiants and Pat Leonard on Twitter; photo from SNY]