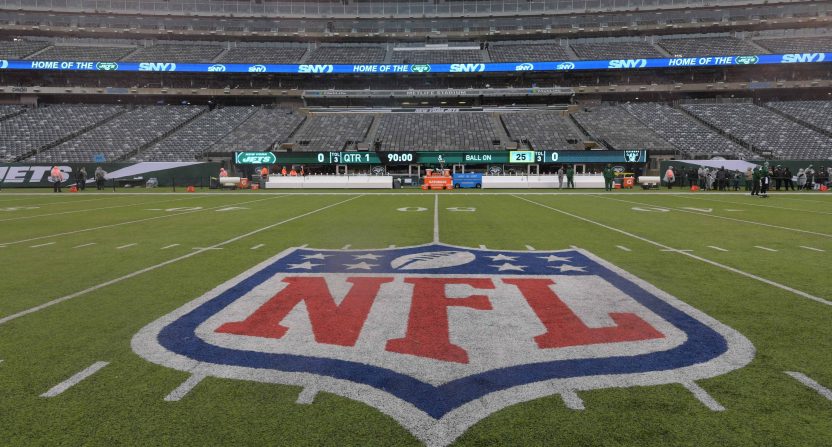 I was the one person who seemed optimistic about the virtual NFL Draft this week. My thought process was that the broadcast could cut out most of the dead time and repetitive content from the draft, giving viewers a streamlined, more watchable experience.

While it remains to be seen if the Draft broadcast itself will be more watchable, I forgot to take one key part of the draft itself into account – the older NFL executives using technology.

The league ran a mock draft on Monday, and according to various NFL reporters, it did not go well, in part because of the unfamiliarity with complicated technology like “conference calls.”

ESPN’s Adam Schefter reported that there were issues right off the bat with the Bengals, thanks to a technical glitch.

Dianna Russini fired off a couple tweets about the clusterfuck of the mock draft, including a lack of bandwidth (which really seems like a household issue, rather than a league issue) and people not knowing proper conference call etiquette (AKA, mute yourself unless you’re talking).

I’m texting with multiple coaches and GM’s who are on this mock draft call and everybody is saying the same thing which is band width is a problem. There are many communication issues.

Text from a GM during this mock draft “there are early communication issues because 32 of us GMs are on conference call and we didn’t hit mute. Sounds awful”

The concept of muting eventually prevailed, much to the joy of anyone who has ever been on a conference call.

"After the start, its running smoothly. Its quiet actually on the call"
Text from another Head Coach on mock draft.

Russini also tweeted about the format of the mock draft itself (and presumably, Thursday’s actual draft), which appears to be about what you’d expect (but is being made out to be a complete chore and a hassle by those in the league).

Asked a coach to describe this mock draft “You got the NFL main room-that only main people in the organization can log into, you got 15-20 scouts/ coaches on another meeting. You have to find a way to call prospects after you pick them, sign off on trades, lots of moving parts.”

If anything, all this news today has me looking forward to the NFL Draft even more. There’s so much potential for things to go completely off the rails and for the Draft to become a trainwreck. If technical issues cause the first round of the Draft to creep up to something like the five hour mark, littered with awkwardness as opposed to repetitive, dragged out segments, that’s a net positive for viewers at home, isn’t it?

People are going to tune into the Draft no matter what. This virtual format is certainly going to be a departure from what we’re used to, and we have no idea what it’s going to look like once it begins. If it goes off without a hitch, that’s the best case scenario for the league. But if there are issues, the NFL won’t be very happy – even though fans at home will probably be more engaged.