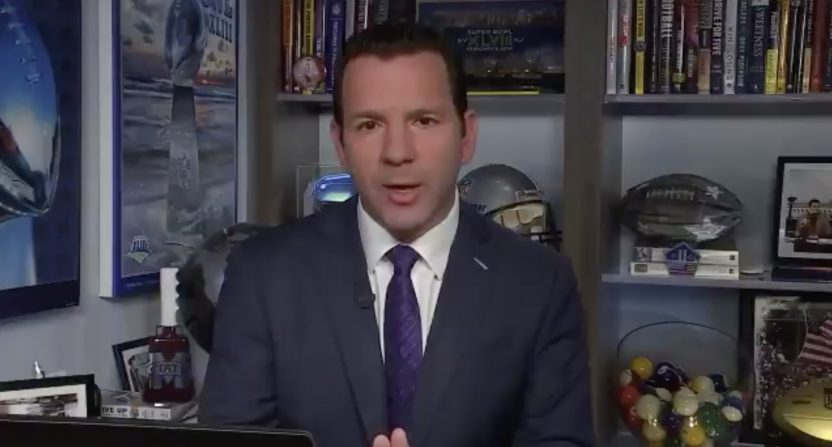 If you were a football fan that was up late last night (on the east coast, at least), you were treated to some high level breaking news. At 11:28 PM ET, NFL Network’s Ian Rapoport tweeted that the Pittsburgh Steelers were “closing in” on a trade with the Buffalo Bills to send disgruntled star receiver Antonio Brown to Buffalo.

Sources: The #Steelers are closing in on a deal to send star WR Antonio Brown to the Buffalo #Bills. There it is.

But for as quickly as Rapoport’s report exploded, the denials began to roll in. An hour later, Buffalo News reporter Vic Carucci reported that the Bills inquired about Brown, but a deal wasn’t imminent, with another of his sources calling a trade “unlikely.”

After Carucci’s report, news about the deal (and how it wasn’t happening) really began to roll in. Brown himself took to Instagram, said the deal wasn’t happening, and called it “fake news.” Pro Football Talk tweeted at 3:17 AM that Rapoport’s report was “erroneous” and the trade was “not even close.” About 10 minutes later, ESPN’s Adam Schefter tweeted that one of his sources told him that the two teams talked, but “this is an old story” and that it was dead on Wednesday.

As the sun rose on Friday, Bills GM Brandon Beane made a statement, admitting that the team had discussed a trade with the Steelers, but despite “positive discussions,” the trade “ultimately didn’t make sense for either side.”

Rapoport clarified his report, saying that despite “aggressive talks” and being “close on compensation,” it wasn’t a done deal. Ultimately, because Brown indicated he wouldn’t go to Buffalo, Rapoport went on Good Morning Football to say that the Bills were out of the running for Brown.

Update from the Antonio Brown saga: The #Bills and #Steelers have been in aggressive talks about a trade and are close on compensation, sources say. It is not final. The main question is, one that has kept the trade from crossing the final hurdle, Does Antonio Brown show up?

Update from the #Bills on the Antonio Brown: After intense talks that went into last night, and almost getting there on trade compensation, Buffalo says they are out. The #Steelers now must find another suitor.

From @gmfb: The #Bills neared a trade last night for WR Antonio Brown, who would not commit to showing up in Buffalo. The organization did speak with agent Drew Rosenhaus. This morning, Buffalo says they are out, amid uncertainty. Steelers are square one again. pic.twitter.com/d4suLfaVWP

The language in Rapoport’s original tweet is very important. Rapoport didn’t say Brown to the Bills was a done deal, he said the Bills were “closing in.” Unlike his previous (undisputed) report about the Denver Broncos agreeing to terms on sending Case Keenum to the Washington Redskins, his report about the Bills’ trade for Brown was far less definitive. Rapoport gave himself an out in case the trade never happened, and in that instance, he was more correct than anyone is giving him credit for.

Having said that, the wording really makes it sound like even though it’s not a done deal, it was very close to happening and updated reports told us that it wasn’t close. Schefter said through his sources the deal was dead Wednesday. The biggest questions that will be asked, and that we won’t learn the answers to because Rapoport isn’t going to reveal his sources, is where did Rapoport get his info, and why was it so different than everyone else’s reporting?