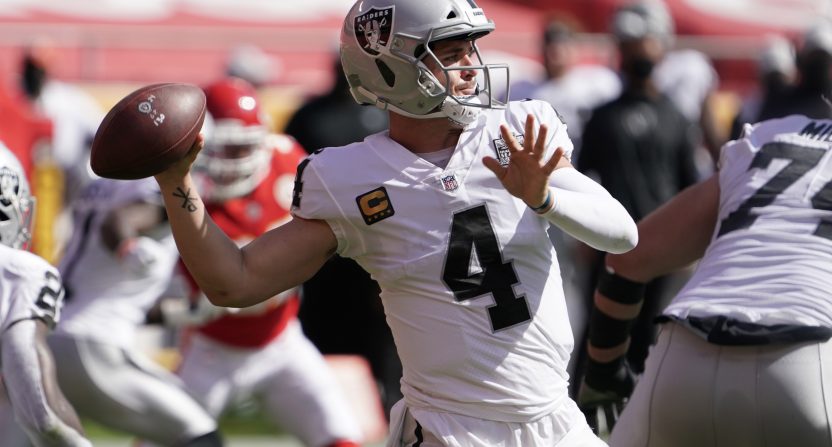 Raiders were still set to relocate to Las Vegas, with the help of companies and Allegiant Stadium would be their new home. However, the team’s agreement with the Oakland-Alameda Coliseum had to be extended for 2019. The team walked out from which it walked after the 2018 league run due to federal wrangles. The Raiders were after a temporary relocation before their march into Las Vegas, their new home. However, the club owner Mark Davis opted to stay in Oakland for one more season before moving out.

Las Vegas is a place that needs no introduction. This is evident by the large numbers of fans who witnessed the Raider play their first regular season with a live crowd in attendance at Allegiant Stadium. During their first game, the Raiders beat the Baltimore Ravens 33-27.

The Raiders finally have an exciting stadium to play in, but the fans haven’t lost their eccentric tastes either. Raiders games come with high- energy you are after, but the area now also has a certain edge, which is enhanced by the stadium’s monochrome silver-black theme.

Darren Waller didn’t have it in him that he had set a record when he did it. The star player who plays the tight end position set the NFL franchise record. He had five passes which elevated him to 98, beating the former mark of 95 held by Todd Christensen from 1986.

For the sixth time in a row, the Raiders failed to secure a win on their first drive, going three-and-out to begin the game. It all started with a four-and-out against the Falcons in the first series. The Raiders gained two first downs before the Jets halted them in their tracks by an interception. The Raiders’ opening offensive drive has resulted in three-and-outs against the Colts, Chargers, and the Dolphins.

During that time, the Raiders are 1-4. In interim defensive coordinator Rod Marinelli’s second game on the job, the Raiders equaled a season-high with three sacks.

Jonathan Hankins, Carl Nassib, and Kendal Vickers were all able to get to the quarterback. The Raiders’ second multiple-sack game in the previous five games, matching the three they had against the Jets.

When collecting at least three sacks, the Raiders fell to 6-2 since Gruden’s return.

After announcing their departure from Oakland in 2017, the Raiders began their first season in Las Vegas in 2020 in front of empty seats at the Allegiant Stadium. Players are finalizing their warm-ups to play in front of Vegas fans for the first time. On the other hand, the Raiders’ marketing team serves as a daily reminder that though they are a new organization, no one is owed a fan base, and they are gradually building on one. They’ll have to work for it, especially in a pandemic year. So if all this uncertainty surrounding their move and game form has you reluctant to place a sports bet, you can always check out this huge list of casino games that you can play from the comfort of your smartphone while you watch the game instead.

The Las Vegas Raiders has long been one of the most recognizable in all professional sports, with a fan following that spans the globe. This team’s fan base never seems to dwindle no matter where they play, whether in Vegas, Los Angeles, or Oakland, and they’ve even made stadiums their home away from home.

Kansas City, Raider’s rivals, was recognized as the No. 1 NFL team in the rankings and had the bragging rights of being the No. 7 fan base. That didn’t come off well for Raiders fans, and this is a rivalry we would love watching unfold.