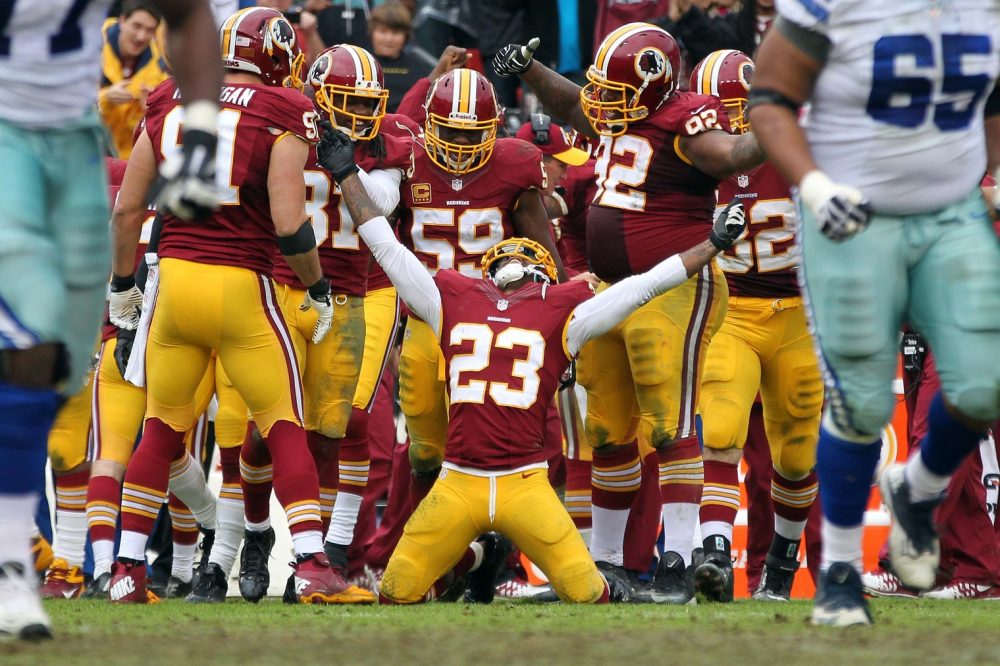 The offseason is not just a time for NFL franchises to tinker with their roster, it’s also a time for television networks to retool their lineups as well. NFL Network has been busy this offseason already adding the likes of former Browns lineman and future Hall of Famer Joe Thomas, who has been highly touted as a potential rising star on television for some time. Now NFLN is going to the other side of the ball for their latest addition, bringing in former Falcons and Redskins Pro Bowl defensive back DeAngelo Hall .

The NFL announced Wednesday that Hall will joining the network. He’ll be featured as a studio analyst on NFL Total Access and Good Morning Football, plus on coverage of other on-location events. Via their release:

Beginning in July, Hall (@DeAngeloHall23) can be seen as an in-studio analyst on various NFL Network shows such as NFL Total Access and Good Morning Football, as well as on NFL Network’s on-location coverage of such events as the Super Bowl.

“DeAngelo is a 14-year NFL veteran who brings a ton of experience to the NFL Media Group,” said Galen Gordon, NFL Network Vice President, Talent Management. “We’re thrilled to have his analysis and expertise on our platforms.”

A first-round pick of the Atlanta Falcons in the 2004 NFL Draft, Hall played 14 seasons in the NFL, amassing 43 interceptions, 132 passes defensed, five interceptions returned for touchdown and 11 forced fumbles during his career. The three-time Pro Bowl defensive back played four seasons in Atlanta before being traded to the Oakland Raiders in 2008. Hall played eight games for the Raiders before his release, after which he signed with the Washington Redskins where he finished his career. Currently, Hall is tied for an NFL record for most interceptions in a single game (four) and holds the record for most career fumble return yards (328) in NFL history.

Hall’s addition is an intriguing one because he was always known for being outspoken throughout his lengthy NFL career. That includes even getting into it with a reporter during his time with the Redskins over a perceived slight in a story.

Hall also showed a pretty keen sense of humor, though. He holds the NFL record for interceptions in a game with four against the Chicago Bears and quarterback slash reality television star Jay Cutler. When he retired, Hall offered up one of the great quotes of any retiring player, saying, “If I could have played against Jay Cutler more, I probably would be in the Hall of Fame by now, but it didn’t quite work out.”

If Hall can bring the heat like that on a regular basis, he should be a pretty interesting addition to the NFL Network lineup this fall.