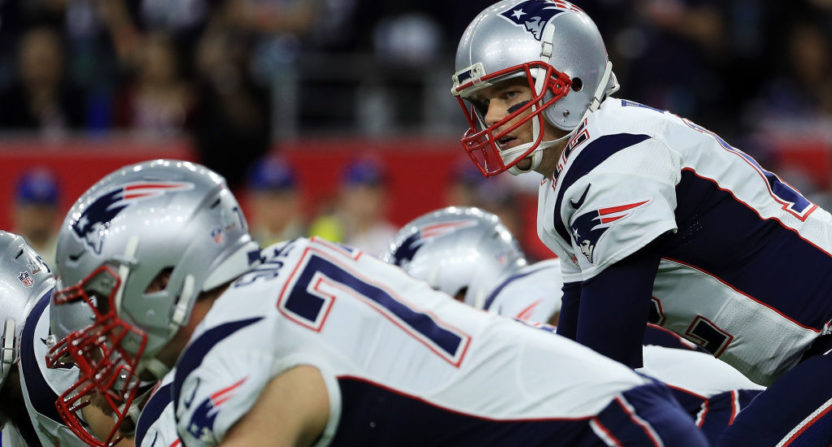 One of the new things NFL fans can look forward to this season is how the NFL works commercials into their broadcasts. It’s been a prominent talking point over the last year, as the league tries to reverse a surprising ratings decline last season.

An easy place the NFL can make their television product more fan friendly is in the commercials department, which is routinely one of the most agonizing parts of the NFL Sunday. But much to the chagrin of NFL fans, the NFL isn’t so much reducing the number of commercials, but reformatting them.

Via Bloomberg come details of the NFL’s plan for 2017. The first new idea is one that’s been talked about for some time – reducing the number of commercial breaks, but making them longer so that the same number of ads are able to run.

One big change is a cut in the number of commercial breaks — to four per quarter from five. They’ll be longer so the networks can still sell the same number of commercials but less frequent. There will be 30 percent fewer promotional messages, such as when CBS urges viewers to stick around after the game for “60 Minutes.”

“When you have touchdown, commercial, kickoff, commercial, it becomes unwatchable,” said Andrew Donchin, chief investment officer at Dentsu Aegis Network in the U.S., whose clients include General Motors Co.

While not a revolutionary change, as long as it gets rid of the dreaded commercial-touchback-commercial sequence, it will be worth its weight in gold. How funny is it that even the advertisers themselves recognize how stomach-churning and nightmare-inducing those events are?

The second change is a new detail and one that the NFL is taking from other sports. This season, the NFL will institute some split screen commercial breaks with a camera tuned to what’s going on in the stadium. This technique has most frequently been seen in televised coverage of auto racing with one side of the screen still on the track (whether green flag racing is taking place or its under a caution flag) while the other side airs the commercial.

The networks will also experiment with different types of commercials, according to Herald. Some will be shown in split screen, with an ad on one side and what’s happening in the stadium on the other. Fox has experimented with split screens during Nascar broadcasts. The NFL is allowing liquor commercials this season.

The league is also tweaking how games are run to speed them up. Instead of reviewing plays on a sideline monitor, referees will use a handheld tablet while consulting with officials in New York, in part to make decisions faster. Overtime will be cut to 10 minutes from 15. The league has even relaxed its rules on touchdown celebrations, allowing for more creativity.

Will split screen ads be as effective for the NFL? Well, football doesn’t have the same continuous action that auto racing does, but there still could be some benefits in seeing coaches and players interact with one another during stoppages. However, it might be minimized without any sound. The idea is simple enough, though. If the networks covering the games can keep fans inside the stadium, perhaps it reduces the chance that viewers at home tune out and change the channel.