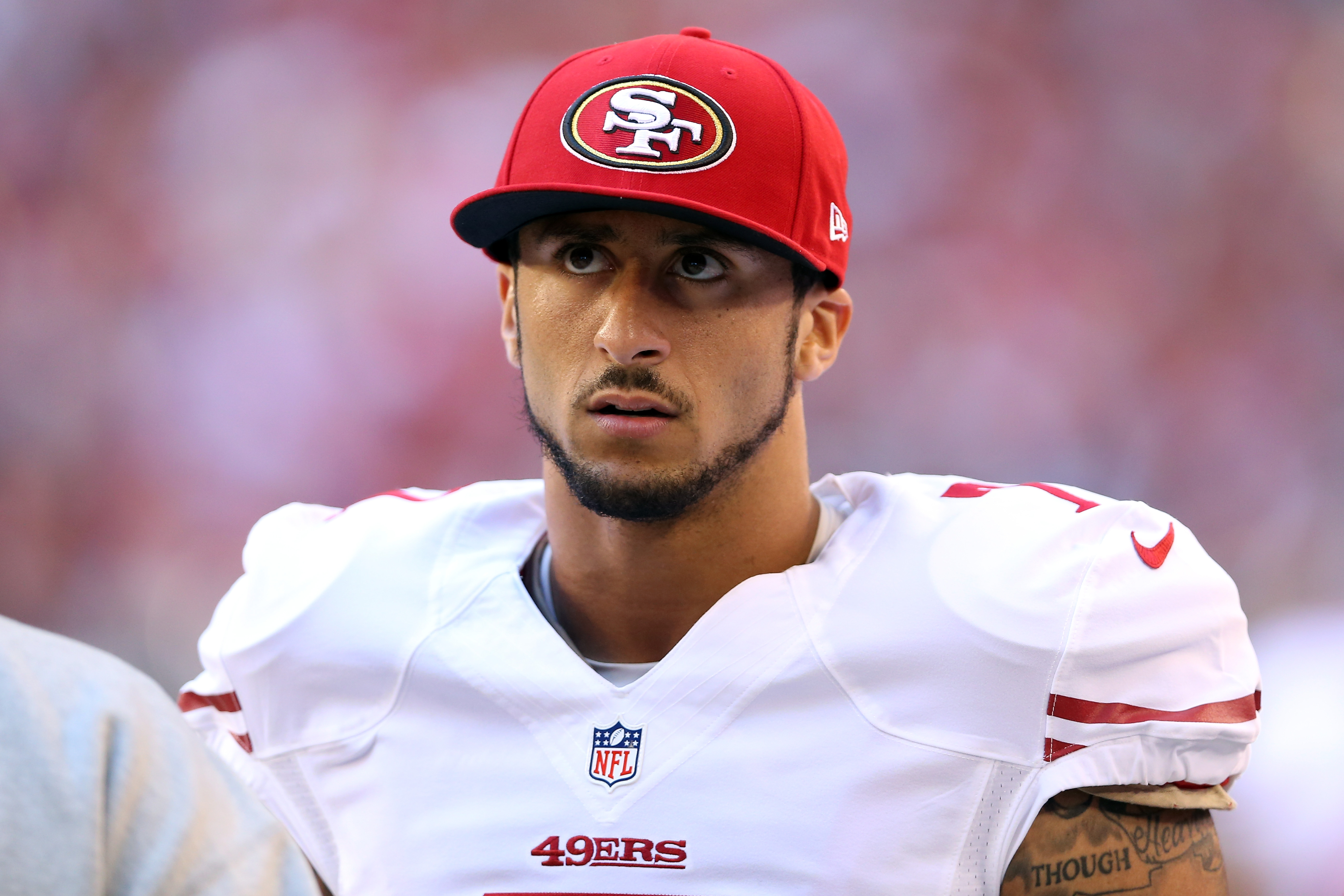 Colin Kaepernick’s decision to boycott the national anthem was designed to cause a stir, and the immediate furor in the wake of SitGate (AnthemGate? KaepGate? Sitghazi? Why is there no annoying nickname for this?) was no surprise. But in an age of controversies that die after two days of angry tweeting, the Kaepernick drama is on Day Five and still going strong.

No idea how Colin Kaepernick survived a childhood this rough. pic.twitter.com/MYqAJitkqc

Good Q: "What would have happened if Kapernick disrespected the rainbow flag bef the game?"

… and, ok maybe it was a little bit odd that Rodney Harrison didn’t even know Kaepernick was black…

…but now this is getting out of control. Via Mike Freeman at Bleacher Report, here are some quotes from NFL executives about the Kaepernick situation:

“I don’t want him anywhere near my team,” one front office executive said. “He’s a traitor.”

“He has no respect for our country,” one team executive said. “F–k that guy.”

“In my career, I have never seen a guy so hated by front office guys as Kaepernick,” one general manager said.

Freeman interviewed seven executives, each of whom said he didn’t want the quarterback on his team. Meanwhile…

All seven estimated 90 to 95 percent of NFL front offices felt the same way they did. One executive said he hasn’t seen this much collective dislike among front office members regarding a player since Rae Carruth. Remember Rae Carruth? He’s still in prison for the plot to murder his pregnant girlfriend.

Colin Kaepernick = Rae Carruth. That’s where we are right now. Maaaaaybe we should take a deep breath?

Every day the Kaepernick debate appears to spiral further, as all attempts to defend the quarterback’s protest only fan the flames of backlash toward him. When military veterans lash out at Kaepernick (whose protest, by the way, had nothing to do with the military), response comes swiftly in the form of a #VeteransforKaepernick hashtag, which only angers the people who opposed him in the first place.

When Clay Travis or Drew Brees or Jerry Rice or Paul Finebaum bashes Kaepernick, Bomani Jones responds with a poignant essay and Stan Verrett speaks out for the QB on Sportscenter and even harsher vitriol ensues.

It seems like comparing Kaepernick to Rae Carruth is about as wild as this week can get, but that’s what we thought after Brees couldn’t figure out what “oxymoron” meant and Harrison turned literally color-blind. The way this thing keeps building, it’s terrifying to imagine what the conversation will look like by next week.