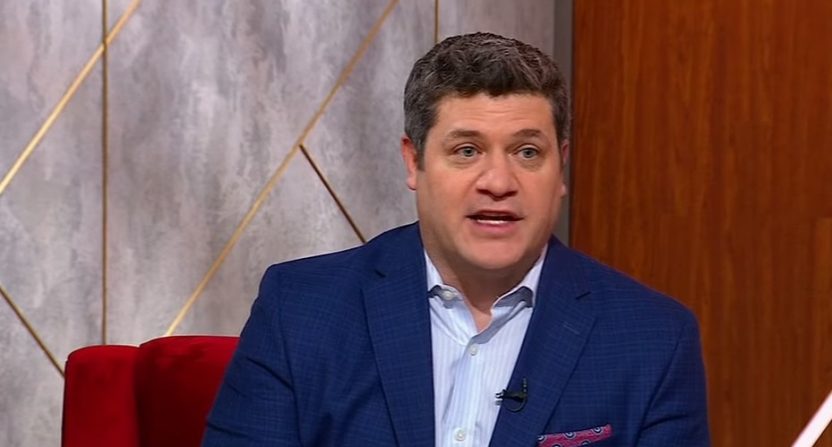 I appreciate it when a sports betting host/analyst/other personality is up front with their wins and losses so viewers know where they stand in both the short and long-term. Why would you bother taking advice from someone who’s always wrong and doesn’t revisit their bad picks?

Anyway, ESPN Daily Wager host Doug Kezirian was quite open about a big win he had last month during the NFL Draft, which combined betting knowledge with a sportsbook listing error.

Talking to the Las Vegas Review-Journal, Kezirian revealed that he partnered with a professional bettor to win nearly $300,000 on $3,500 worth of prop bets regarding Georgia cornerback Tyson Campbell. He was listed as a safety on BetMGM’s prop, as opposed to a corner, and Kezirian was able to get 100:1 odds at him being the first safety drafted.

“I had to do a double take,” he said. “There are always a few different subtleties between books. MGM had two guys on their corner index that were listed as safeties at Circa. I just thought, at 100-1, it was a worthwhile play.”

So he drove straight to the Bellagio, intent on pounding the prop.

“We all have different strengths as bettors, and mine are instincts. I can tell when it’s a situation to just bet as much as you can,” he said. “Because these things don’t stay up there that long. One bet on a random draft index, it’s going to move.”

“When I came home, it was 25-1, and by morning Campbell was removed from the index.”

Prior to the Draft, BetMGM set Campbell as a safety, and once a player’s position is set, it can’t be changed. That initially led to some confusion when Kezirian went to cash in, but it worked out in the end.

When Kezirian went to the Bellagio the next day to cash his tickets, he said he was initially told the wager was not a winner. But after some initial confusion over Campbell’s position, he was paid in full.

“They were all professional and could not have been cooler about it,” he said.

According to BetMGM house rules, players are assigned to one playing position predraft by the book, and once a position assignment has been made, it is final.

This isn’t something that a lot of betting analysts and hosts would have picked up on. Kezirian did, and Campbell’s selection at #33 overall by the Jaguars paid off big time for him. I’m going to guess that BetMGM is going to spend a little more time classifying players in the future to avoid a slip up like this one again.