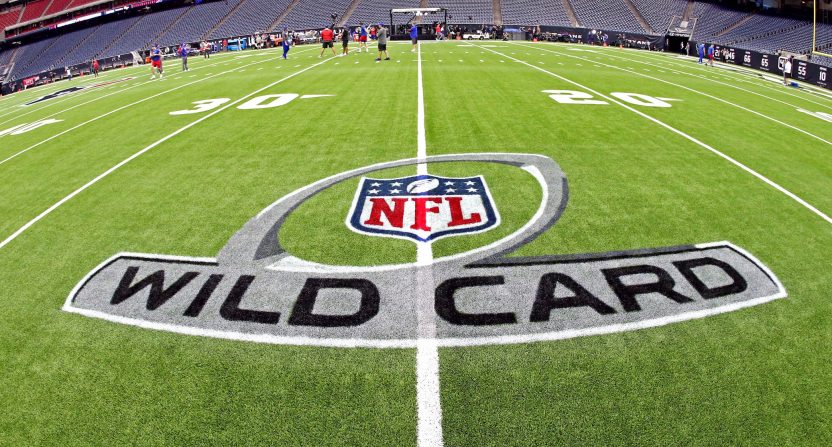 ESPN is smashing the glass and reaching for the “MegaCast” hammer in January during the NFL’s Wild Card weekend.

Last year (and in several previous years), ESPN’s Wild Card game aired on just ABC, ESPN, and ESPN Deportes, with the same broadcast simulcast on the two English language networks. However, Disney’s non-sports channels have gotten NFL games in the past, including the Pro Bowl on Disney XD.

The MegaCast treatment for NFL games also isn’t new. In September, the Saints-Raiders Monday Night Football matchup aired on four networks (all of the above, excluding Freeform), with the college football duo of Chris Fowler and Kirk Herbstreit calling the ESPN2 broadcast. While they would seemingly be a logical option for the ESPN2 simulcast this time around, it’s important to note that the College Football Playoff National Championship is currently scheduled for January 11th, a day or two after ESPN’s Wild Card broadcast, with Fowler and Herbstreit on the call for ESPN.

Would ESPN really have them call an NFL game right before the most important college football game of the season? The only way I can see that happening is if ESPN’s Wild Card game is hosted by the Dolphins at Hard Rock Stadium, which is scheduled to host the National Championship.

Perhaps the best news for ESPN is that the Houston Texans are four games back of the Indianapolis Colts in the AFC South, and need a miracle to host a playoff game this year. Every Texans Wild Card game has been in the Saturday afternoon window, and the last four have all been on ESPN. But Texans aside, every ESPN playoff game has been the early one on Saturday. The NFL has added two Wild Card games this year, and its still unclear whether or not ESPN will get the early game (which will presumably be airing at around 1 PM or so ET), if it will retain the mid-afternoon game it has had throughout this TV deal, or even if it will get either the Saturday primetime or a Sunday game.