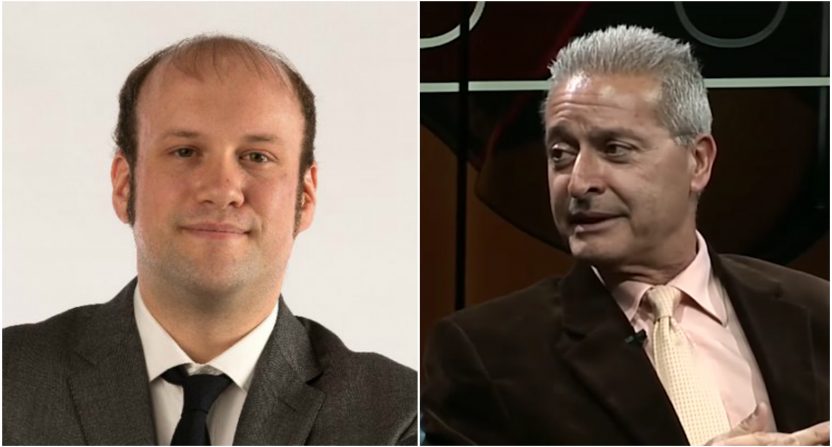 In that column, Grossi professed that the Browns should draft Myles Garrett with the No. 1 overall pick but predicted that the team will instead pick a quarterback because of the “Harvard think tank” in the front office that “scrambles the brain of the head coach.”

It’s clear that Grossi is no fan of advanced statistics, which is fine. Plenty of media members wish decision-making in sports was still about the gut as much as the brain.

But Grossi points his finger at an odd target: ESPN columnist Bill Barnwell.

Over several hundred words, Grossi paints Barnwell as the Browns’ Rasputin, an evil (or at least misguided) force leading the team astray with complicated formulas and fancy acronyms. Grossi figures that either the Browns are reading Barnwell’s columns and basing their decisions off what he writes or that they have actually hired him as a consultant.

Barnwell is a staff writer for ESPN.com, steeped in analytics, one of the many speakers at the annual MIT Sloan Sports Analytics Conference, which was held in Boston last month.

After all, Barnwell, who speaks the language of the Browns’ current regime, using terms like Pythagorean triangulation and Defense-adjusted Value Over Average (DVOA) systems, apparently was the one who first conceptualized the idea of the NBA-like, salary-dump trade for Houston Texans quarterback bust Brock Osweiler.

Grossi posits that since the Browns made a trade that mimicked a Barnwell suggestion, the organization must be a.) paying him or b.) living on every word he writes. After questioning why team executive offered no step-by-step explanation of how they came to the Osweiler trade, Gross writes…

So it’s not unfair to speculate that the concept originated with Barnwell. Which would mean the Browns are outsourcing major decisions to a football analytics columnist and podcaster with no practical experience in football scouting, coaching or team-building.

Look, it’s entirely possible that the Browns read Barnwell’s writing. But it sure seems inappropriate to speculate that he works for the team based on only circumstantial evidence. Especially when it’s your colleague. And especially when there’s no evidence you asked him or the team for comment.

Barnwell, for his part, denied working for the Browns and said he hadn’t consulted for any teams in years.

Some personal news: I don’t work for the Cleveland Browns or any other team.

The consulting work I’ve done for teams in the past predates my time at Grantland.

It’s somewhat surprising that ESPN, which carefully polices all intra-company criticism, would let one employee bash another like that. Presumably an editor or two had to look at Grossi’s column and conclude that it was OK to publish hundreds of words of unfounded claims about Barnwell.

And if Grossi wanted to accuse the Browns of being too in love with advanced stats, he didn’t need to speculate about Barnwell’s secret consulting. The Browns are run by Paul DePodesta, the former baseball executive who inspired Jonah Hill’s character in the movie Moneyball. They clearly care about analytics, with or without Barnwell.

Grossi’s large point is that the Browns are beset by “paralysis-by-analysis.” That’s a standard complaint about analytically inclined franchises. The question is, why in the world would Grossi bring Barnwell into it, and why did an editor sign off on it?