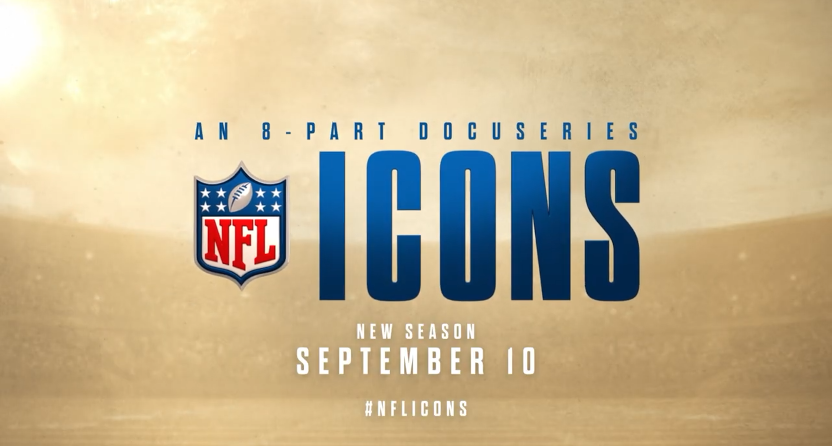 This fall will see the second season of the NFL Icons docuseries on EPIX. The series, from NFL Films and hosted by Rich Eisen, covers one particularly notable person in each hour-long installment, combining NFL Films archive material, mic’d up sound, and new interviews. The second season will begin Sept. 10 with one on famed coach and broadcaster John Madden. Here’s more on that from a release:

Premium network EPIX today announced the return of the franchise NFL Icons, celebrating the biggest names in the history of professional football, from the award-winning filmmakers at NFL Films. Season Two of the eight-episode docuseries premieres Saturday, September 10 at 10 p.m. EDT/PDT with an hour-long biography of NFL coaching and broadcasting legend John Madden. Subsequent episodes will debut Saturdays at 10 p.m. on EPIX and stream on the EPIX app. Each episode focuses on a single subject, whose unique impact on the game and the league is explored through a deep dive into the NFL Films archives, coupled with exclusive interviews.

“We are thrilled to present Season Two of NFL Icons on EPIX,“ said Michael Wright, president of EPIX. “Our partners at NFL Films are accomplished storytellers, with unprecedented access and insight into their uniquely American subject. The NFL Icons franchise, narrated by the incomparable Rich Eisen, is a celebration of those players and coaches who have helped define what is best about the league. NFL ICONS is a great addition to EPIX’s growing list of acclaimed and entertaining docuseries.”

Here’s a short teaser for the docuseries:

From a media perspective, it’s interesting that almost everyone featured here went on to a NFL broadcasting career after their playing and coaching careers.  Madden was a rare figure who worked for all four major U.S. broadcast networks, while Johnson (Fox), Young (ESPN), Lewis (ESPN, Fox, Showtime), Aikman (Fox, ESPN), Carter (HBO, ESPN, Fox), and Dungy (NBC) have all had notable media roles over the years. (The exception is Payton, although he did co-host Saturday Night Live with Joe Montana in 1987.)

Starting this season off with an episode focused on Madden also makes a lot of sense. Madden’s passing last December led to a lot of tributes and special programming at the time, but this will mark the first full NFL season since his passing, and many will be thinking about him this fall. The NFL Icons episode on Madden may be an interesting watch for those looking for more on the legendary coach and commentator. A poster for it is below.

The second season of NFL Icons will premiere on EPIX Saturday, Sept. 10 at 10 p.m. Eastern/Pacific with an episode on John Madden. Further episodes will premiere each Saturday after that at that time. The series will also be available to stream on the EPIX app.