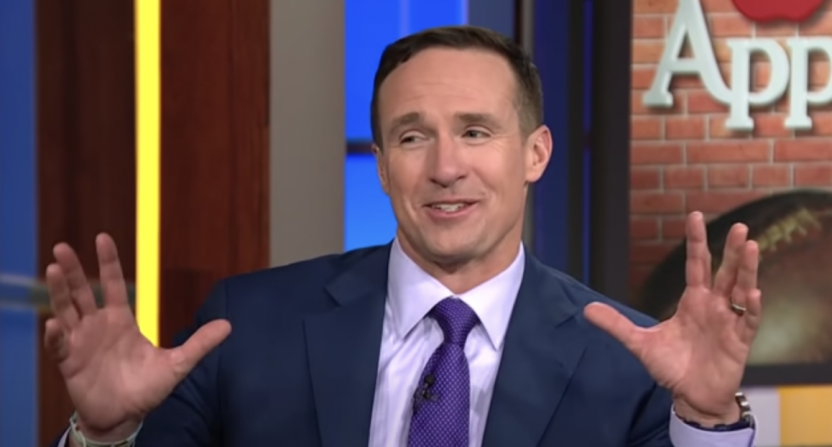 NBC’s confidence in Drew Brees reportedly faded after his underwhelming performance calling a playoff game for the network last season. But according to Brees, his own confidence as a broadcaster has not wavered.

Since parting ways with NBC earlier this year, Brees’ future as a broadcaster has appeared uncertain, with the quarterback even posting a bizarre tweet claiming he may return to the NFL or take up pickleball. Recently, however, Brees spoke with Chris Bumbaca of USA Today and the former New Orleans Saints quarterback expressed certainty that he can still be a great broadcaster if that’s the route he wants to take in his retirement from playing football.

“I do love broadcasting NFL games,” Brees told USA Today. “I think I could be one of the very best at it if I chose to go that direction.”

Brees joined NBC with high expectations as the potential heir apparent to Cris Collinsworth in their Sunday Night Football booth. But NBC appeared to sour on Brees as a game analyst after he failed to impress during the Las Vegas Raiders–Cincinnati Bengals playoff game earlier this year.

The network recommitted to Collinsworth as its lead analyst and parted ways with Brees after just one season. According to Andrew Marchand of the New York Post, the exit stemmed from the former quarterback wanting to call games while NBC envisioned him remaining as a studio analyst.

Brees offered a different narrative while speaking to USA Today, claiming his exit from NBC had more to do with wanting to spend more time with his family than it did over a difference of opinion about what his role as a broadcaster should be.

“It just so happens to be that broadcasting NFL games is on the weekend in the fall, same time you want to be spending time with your family,” Brees said. “There’s just that balance that has to be found.”

I’m sure having weekends free to spend time with family is a perk of no longer being employed during the football season. But there’s a reason networks haven’t lined up to offer Brees a big media contract the way they have with Tony Romo, Troy Aikman and Tom Brady after watching his disappointing debut as an announcer with NBC last season.

Amazon has reportedly considered hiring Brees for an alternate broadcast of Thursday Night Football, which would give him a second chance as a broadcaster and still allow him to maintain the narrative of leaving NBC to keep his weekends free.

“The broadcasting, that kind of stuff, those opportunities are there as well,” Brees said. “I think it’s a great way to stay involved in the game, stay active in the game, engaged, because that’s the dynamic. But yeah, look, all these things are in play.

“Look, I love football. I’m a football fan, so I love watching it as much as I love talking about it and playing it.”

Brees’ one year with NBC wasn’t a massively failed experiment the way Jason Witten was with ESPN and Monday Night Football. The former NFL quarterback failed to live up to the expectations of being the next Tony Romo, but his tenure appears worse than it actually was because he didn’t make it to year two of his contract. “One of the very best to ever do it,” seems like a stretch, but Brees can certainly work at the craft and at least become better than he was last year.

“If you want to be great at anything, you have to work at it,” Brees admitted. “In the booth, there’s technique, there’s fundamentals that go along with it that just take time to kind of learn, to kind of train. Just like as a quarterback. It doesn’t happen overnight.”