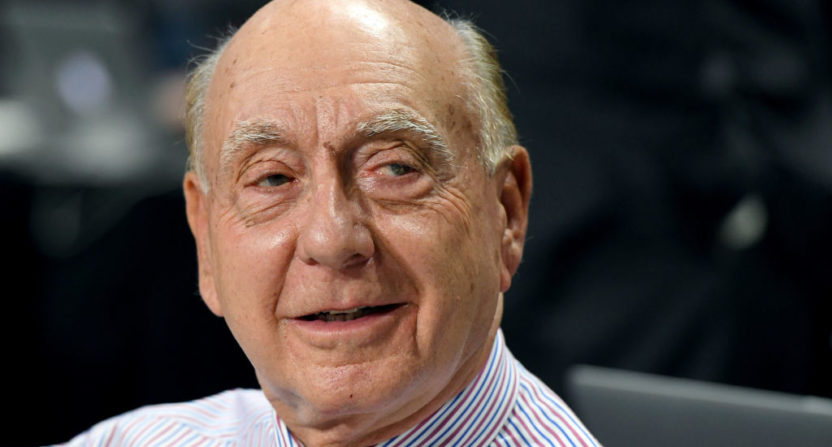 Everyone — even non-NFL fans — seems to have an opinion on Colin Kaepernick, his national anthem protest and his ongoing unemployment, for better or for worse.

That extends to ESPN college basketball announcer Dick Vitale, who for some reason, has an opinion on this. In short: He’s not a fan of NFL teams refusing to sign Kaepernick, who very clearly wants to play and is good enough to be a starter or backup in the NFL.

Hey I want to hear what my twit fam feels about this @NFL issue / Do u agree or disagree with my take ? @espn

Hat tip to the Mercury News, which transcribed Vitale’s take.

“Come on, now. That’s unbelievable. That is being blackballed at it’s best,” Vitale said about Kaepernick’s situation. “Look, I didn’t believe (in) and I didn’t really agree with the fact that he didn’t stand up for the national anthem. But that it is his right. That is the first amendment. That’s what our nation’s made of. You can’t hold that against him in terms of a job. He belongs in the NFL as a quarterback or a backup quarterback. Anything less than that, to me, is nothing but scandalous.”

It just goes to show that literally everyone has an opinion on Colin Kaepernick.