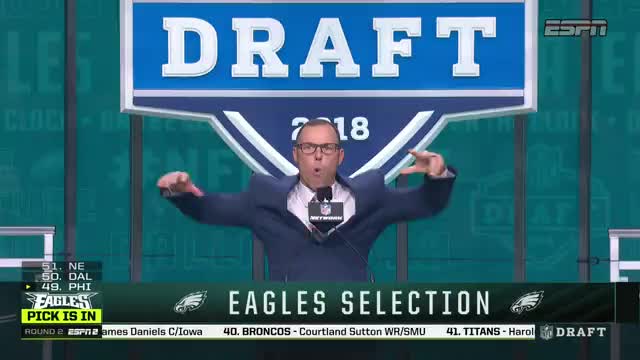 David Akers has been one of the Philadelphia Eagles most well known kickers. If David Akers wasn’t a legend in the streets of Philadelphia, he sure is now.In announcing the Eagles’ second round pick, Akers unleashed the kind of promo that someone from WWE would stand up and applaud. Akers went after the rival Cowboys and their fans and got so much heat that it was simply beautiful.

DAVID AKERS IS A SAVAGE ? pic.twitter.com/NP52RDmVmh

That’s how you get heat! Anyone in WWE who wants to be a heel, tell them to take pointers off this promo because that kind of talk can sell tickets. You can almost see Akers just revel in all those boos.I don’t even know who the Eagles drafted (it was TE Dallas Goedert), this promo blew everything out of the water. The Eagles need to have David Akers announce all their picks.