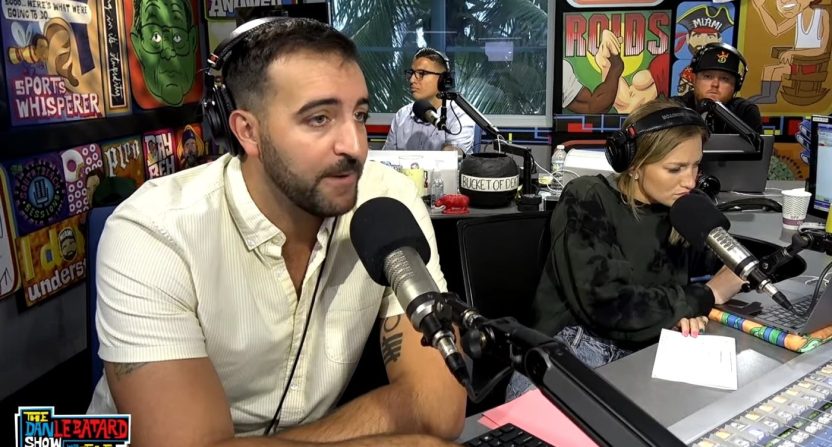 When news of Deshaun Watson’s suspension broke Monday morning, the media narrative quickly shifted from the 24 women who accused the quarterback of sexual assault to, ‘what does this mean for the Cleveland Browns?’

According to Dan Le Batard Show producer and contributor Mike Ryan, watching a good portion of sports media members immediately begin to assess the impact Watson can have on the football field this season was “very sad and pathetic.”

“You think this is gonna make its way into the broadcasts?” asked Le Batard, believing the sports world will soon move completely past the sexual assault accusations against Watson. “You think 10 games from now anybody’s gonna be talking about a quarterback who had a dry humping table problem?”

Watson was accused of sexual assault by 24 different women who alleged misconduct by the quarterback during massage therapy sessions. The first accusation against Watson was made public in March 2021. More than 16 months later, independent disciplinary officer Judge Sue L. Robinson ruled the Cleveland Browns quarterback violated the league’s Personal Conduct Policy and suspended him for the first six games of the season. Watson has settled 23 of the 24 civil cases against him, with the three most recent settlements being reported Monday morning.

“They’ll talk about it on Monday Night Football when he comes back,” Ryan said before questioning how deep they would dive into the topic. “I think league broadcast partners have shown you that they’re not really all that interested in applying that kind of context. Look at the celebration of Ben Roethlisberger’s career that ESPN threw on his final home game.”

There was plenty of outrage over Watson’s minimal punishment. But if it took some sports media members just minutes to offer the tone-deaf reaction of this being a “win” for the Browns, it’s hard to imagine the conversation around Watson will be anything but football as the season progresses.

“It really disappoints me that right now on Cleveland radio you have people celebrating this,” said Ryan, who is a lifelong Browns fan. “You have people analyzing this on ESPN. ‘What does this mean for the Browns. Only one division game. Wow, they got a lucky break for the schedule.’ All of it to me is very sad and pathetic.”

You can see some of that reaction below via Good Karma Brands radio station WKNR, branded ESPN Cleveland.

“I think it’s a win. A win for Watson, and a win for the #browns I don’t think the #NFL is going to mess with appealing.”

It was a sigh of relief for @3JimDonovan when he found out about the #Browns Deshaun Watson news this morning. pic.twitter.com/AIgVmLDyBM