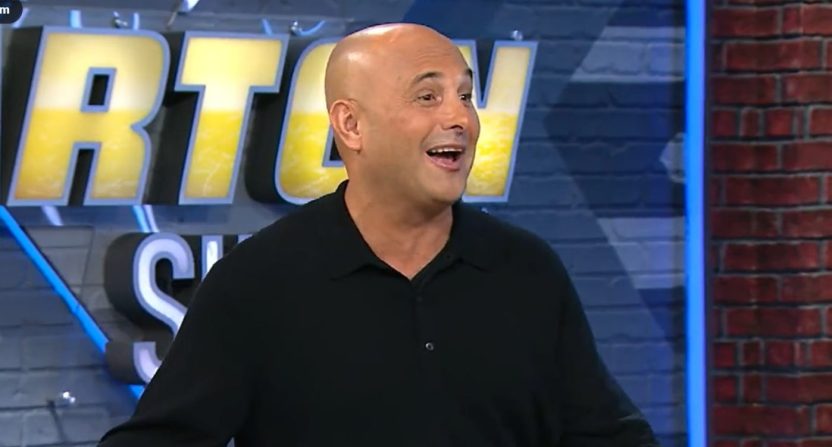 Craig Carton saw the googly eyes Bill Belichick had for ESPN’s Chris Berman during a recent press conference, and the FS1 host longed for some of that attention.

Carton debuted his new FS1 morning show this week and during episode No. 1, he made the bold claim that had he not received a well-timed offer to join Philadelphia sports radio station WIP earlier in his career, he would have accepted a job with Bill Belichick.

“Yes, I could have been the head coach of the New York Jets,” claimed Carton. “I know a lot of you are yelling at your TV, ‘You’re full of crap, Carton!’ But it is a true story, you can ask Bill Belichick.”

Craig Carton was almost the head coach of the New York Jets, thanks to being best friends with Bill Belichick back in Cleveland… @craigcartonlive tells the story ? pic.twitter.com/TZL1ftwYy6

According to Carton, he and Belichick were “best friends” when they both worked in Cleveland during the early ‘90s. Such good friends that Belichick had enough faith in the shock jock to offer him an unpaid internship with the Browns which would match his $30,000 radio salary after three months. While mulling the opportunity to learn the coaching ropes from Belichick, Carton received and accepted a higher paying offer from WIP. As Carton recalls, Belichick gave that same internship opportunity to Eric Mangini, who would go on to become the New York Jets head coach.

After being dubbed “Mangenius,” Mangini crossed Belichick by outing the New England Patriots head coach for “Spygate.” Belichick, meanwhile, crossed Carton by erasing all memory of the former Cleveland radio host who now stars on WFAN and FS1.

The story sounds farfetched, especially for those who only recognize Carton from some of his negative headlines. But Carton has made this claim on WFAN for the last decade, even airing old Cleveland tapes of a chummy conversation with Belichick where the two discuss meeting up at Super Bowl XXVII for a game of Bocce.

Years after the offer, with Carton co-hosting WFAN mornings alongside Boomer Esiason, Belichick snubbed the radio personality and acted as if they never met. Did Belichick actually offer Carton a job that ultimately put Mangini on track to become head coach of the Jets? We haven’t heard the tapes to prove that. But if Carton and Belichick really were Bocce partners, then nothing else in this story is too crazy to be true.