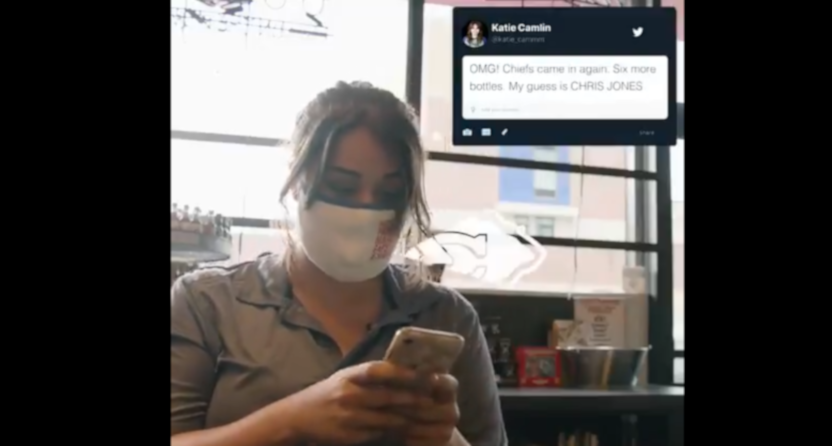 Earlier this month, Katie Camlin beat NFL insiders to the news of Patrick Mahomes signing a contract extension. Camlin, an employee at Plaza Liquor in Kansas City, MO, tweeted that a Chiefs’ employee came in and bought six bottles of Dom Perignon for “a big signing” that wasn’t defensive tackle Chris Jones, which she correctly guessed meant a Mahomes deal. Well, the Chiefs have now signed Jones to an extension as well, with that news officially coming out Wednesday through a team announcement. They teamed up with Camlin Thursday for a fun video announcing that as “The Brett Veach Special” (Veach is the Chiefs’ general manager):

Come on, Katie. Leave some scoops (and champagne) for the rest of us https://t.co/5AR2CCLHA3

That’s very well done by the Chiefs and Camlin to capitalize off the interest in how she initially broke the Mahomes news. And it’s a fun video to do around an extension, and one that certainly got a lot more attention than a team’s typical social media moves.