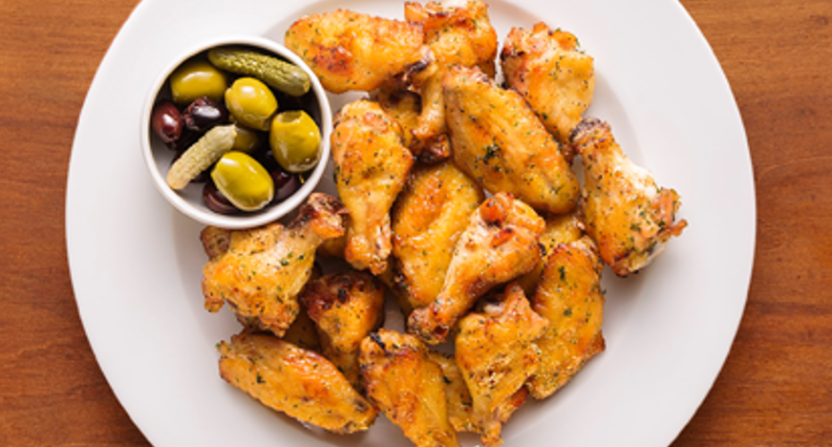 Blaming the NFL in general and player protests in particular for declining revenues is the hot new business trend, with Papa John’s doing it last month and others following. The latest is Sanderson Farms Inc., one of the biggest U.S. chicken producers, who said their clients are buying less wings because they’re seeing less traffic thanks to falling interest in the NFL. Here’s more on that from Bloomberg’s Megan Durisin:

Sanderson Farms Inc., one of the biggest U.S. chicken producers, is blaming the recent player-protest controversy in the National Football League for slower sales of chicken wings, the game-time favorite.

Wing prices had a banner year for much of 2017, boosting profits at processors like Sanderson. But spot prices slumped in each of the last three months and are now 14 percent lower than a year earlier, according to one U.S. government measure. Amid the NFL dispute, it’s unclear where prices are headed from here, Joe F. Sanderson Jr., chief executive officer of the namesake company, said Thursday on a conference call to discuss earnings.

“The only thing puzzling me right now is wings,” he said. “We’ve been talking to our wing customers and they’re the ones that are telling us that they’re seeing less traffic in their stores. They attribute that to the NFL.”

This is a weak argument, though, as it’s not Sanderson really making it himself, but passing on what his company has heard from unspecified customers. And without specifying who those customers are, it isn’t obvious if it’s really declining NFL interest at play or other factors. There are certainly plenty of other issues facing chain restaurants beyond the NFL.

Also, while falling NFL interest is a bit of a thing, as shown by the ratings, and while that does seem to impact at least some restaurants heavily associated with the league like Buffalo Wild Wings, it’s far from clear how much of that is about protests, how much is oversaturation, how much is issues with the quality of play, how much is entertainment competition elsewhere and so on.

So even if it could be proven that restaurants are seeing lower revenues during NFL games and thus ordering less chicken wings, that isn’t necessarily about protests in particular.

A big problem with coverage of the NFL player protests is that it’s become such a widespread topic of discussion that it can be used as a business excuse. It’s like a lot of the claims of “Millennials are killing X,” which typically has more to do with businesses looking for someone to blame for their inability to adapt, and finding a convenient scapegoat in the cultural conversation (and one plenty of credulous or click-chasing publications will run headlines about).

Similarly, correlation is not causation; people may be eating out less at particular restaurants during NFL games, but maybe that’s about lower amounts of disposable income or different decisions on how to spend it rather than anything to do with the NFL.

And it’s far from proven that the NFL protests have been bad for restaurants or food delivery, as plenty of other companies (including Dominos, Pizza Hut, and WingStop) responded to Papa John’s claims by saying their business has been just fine, raising questions about other ulterior motives for Papa John’s. The bigger issue for Sanderson Farms is that wing spot prices have slumped for the last three months, and that they’re not selling wings at the rate they used to.

Could that be affected by the NFL in some fashion? Sure. But there’s no clear causation, and this seems like more of a convenient excuse to blame poor numbers on outside forces than on anything the company itself can change.