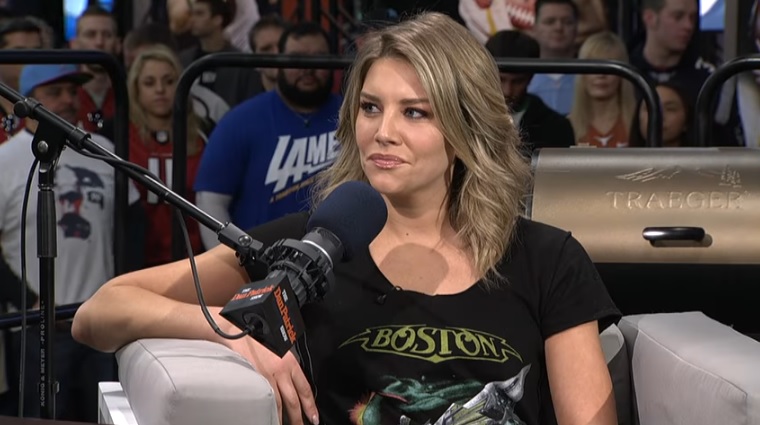 When Sporting News reported last month that ESPN was considering FS1’s Charissa Thompson to replace Chris Berman as host of Sunday NFL Countdown, we pretty much nodded along.

Thompson is an experienced studio host with some NFL chops, and she has a history at ESPN. Plus, poaching her from FS1 would deal a blow to ESPN’s chief rival. It all made sense.

Of course, there was one thorny question to resolve: Did Thompson actually want to move to ESPN as Countdown host?

On Friday, Dan Patrick asked Thompson whether she was open to switching networks, and she denied having been offered a job at ESPN, while also sorta-kinda denying being interesting. Here was the exchange:

Patrick: I also saw your name in the news for maybe replacing Chris Berman.

Thompson: Yeah, and then Chris Berman and I laughed about it in the lobby of the hotel the other day. Look, you never—no. No.

Thompson: That is a big chair to fill. It’s definitely not on the table. Speculation is what it is. I’m very happy with my role right now at Fox.

Patrick: But if offered?

Thompson: It hasn’t been offered.

Thompson: No, I have a very good thing at Fox. I get to live in California, I get an entertainment job, I get to do sports. I really can’t complain.

At the end, Thompson kind of sounded like she was trying to convince herself, and it didn’t help when she then told Patrick that she grew up wanting to be Chis Berman.

Thompson ended the conversation by saying, “Of course it’s flattering, but it’s not happening,” but we’re not totally sold.

Here’s the clip, so you can judge for yourself.