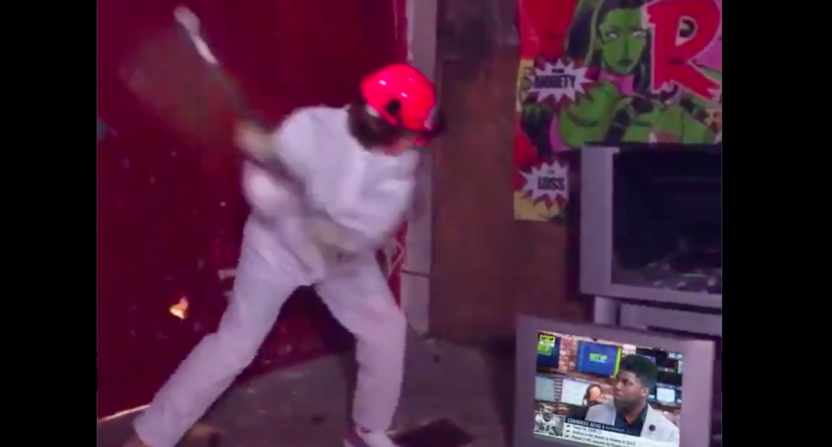 The democratization of the internet means that NFL franchises don’t have to wait for others to rip media members who made some very unfortunate takes, they can simply do it themselves.

On Saturday, Justin Herbert took home the AP NFL Offensive Rookie of the Year Award after throwing for 4,336 yards and 31 touchdowns in his rookie season with the Los Angeles Chargers. Herbert easily won the award after finishing with the most passing yards per game for a rookie quarterback in NFL history  (289.1) and the fourth-highest rookie passer rating in NFL history (98.3).

When Herbert was taken with the sixth overall pick in the 2020 NFL Draft, there were plenty of media members who didn’t think too highly of his abilities or the Chargers’ reasoning for selecting him. And while accounts like Freezing Cold Takes have been compiling these takes for years, it turns out the Chargers decided to do that themselves in the hopes that Herbert would prove them wrong.

He did. And now the Chargers are reading receipts.

Their takedown tweet includes mentions of Todd McShay, who slated Herbert as a “fourth-tier” player, Joel Klatt, who said he wouldn’t draft Herbert in the first round, and Emmanual Acho, who called Herbert “potentially one of the biggest mistakes in the draft.” Oops.

There were plenty more soundbites from other media members as well, and the NFL franchise (and their social media team) sure had a lot of fun calling them all out.

Of course, there are takes like this in every draft involving so many players. With so many talking heads trying to make bold predictions, we’re always going to have cold takes that blow up in people’s faces. But if you’re willing to go on TV or the radio and make those takes, you’ll have to live with it when people like Justin Herbert prove you wrong.