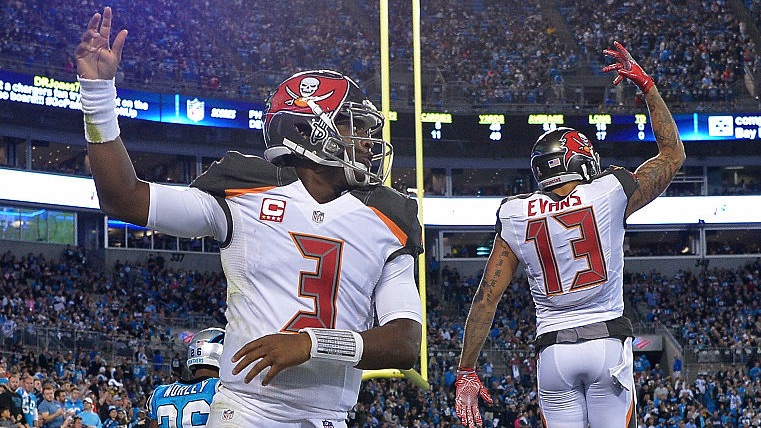 On Wednesday, the Tampa Bay Buccaneers held a random press conference to officially announce that the team will be the focus of the upcoming season of HBO’s Hard Knocks. After three straight brutal seasons of the show which featured Jared Goff not knowing where the sun sets and rises, J.J. Watt working out as much as possible and Mike Smith wearing Tevas, the Bucs should have an easy time making this year’s show entertaining for viewers.

Watching Hard Knocks has always been interesting for football fans who want to get an all-access pass to an NFL team as they construct their roster during training camp. But in recent seasons, the excitement seems to have died down by the time the third or fourth episode airs.

However, there are several reasons why Tampa Bay’s version of the show has the potential to cause viewers to experience similar behavioral patterns to those featured on the A&E program Intervention.

Reason 1: Tampa Bay could actually be good in 2017

Unlike the Los Angeles Rams in 2016, the Bucs actually have a plethora of talent on their roster this year.

They are led by a young stud quarterback in Jameis Winston on offense and he should have no trouble finding someone to throw to with Mike Evans and DeSean Jackson as his top two wide receivers. On the defensive side of the ball, players like defensive tackle Gerald McCoy and linebacker Kwon Alexander will likely see their talents highlighted by the HBO film crew.

At 9-7, the Bucs fell just short of making the playoffs last season and there is no reason to think they cannot earn the franchise a postseason berth for the first time since 2007.

Reason 2: To Aguayo or not to Aguayo?

Tampa Bay made a bit of an odd move last year during the draft when they traded up in the second round to select Florida State kicker Roberto Aguayo. While Aguayo was regarded as one of the best kickers in 2016’s draft class, the second round still seemed a bit high for the Bucs to use a selection on a kicker.

As if kickers were not big enough head-cases already, Aguayo then had to deal with the expectations of being a second-round pick. He struggled early, but was eventually able to be somewhat productive during the 2016 season.

However, this offseason Tampa Bay decided to sign former New York Jets kicker Nick Folk to compete with Aguayo this summer. Will the young kicker crumble under the pressure?

Well, if he does, everyone will be able to watch it happen on their TV screens.

Reason 3: All Jaboo does is win (and set records)

Coming off a 2016 season in which he set numerous franchise passing records, Bucs quarterback Jameis Winston will be looking to play even better in 2017. At 23 years old, he is quickly evolving into one of the most talented young quarterbacks in the NFL today.

Tampa Bay struggled during Winston’s rookie season in 2015 when they finished the year with a 6-10 record. But the young quarterback helped lead the Bucs to three more wins in 2016 and finish with a winning record for the first time since 2010.

Winston was used to winning during his college days at Florida State and he is hoping to eventually have similar success with Tampa Bay. The Bucs are hoping that success begins in 2017.

Reason 4: The real star of the show will likely not even be in pads 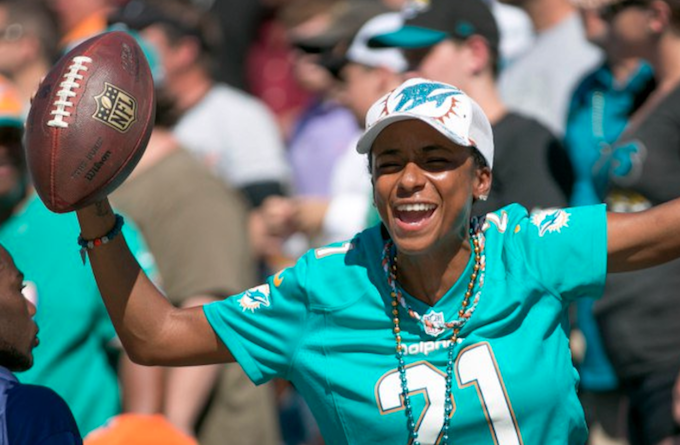 Brent Grimes will be entering his 11th NFL season in 2017 and the cornerback has been fairly successful during his time in the league. Despite his achievements, Brent is better known as the husband to Miko Grimes.

Miko has become known for her brashness on social media over the years when it comes to expressing her opinions on certain subjects relating to her husband. She was even arrested in 2015 at a Miami Dolphins game for attacking a police officer.

My husband was gonna retire if he stayed with the dolphins so i talked him out of it and got him out of his contract. Now we got Jameis!??

HBO would be dumb to not to have her be featured at some point during the upcoming season of Hard Knocks. As much as people may disagree with her antics, many can admit that it is hard to ignore the potential train wreck known as Miko Grimes.

To no one’s surprise, she has already been tweeting about her man’s team being selected for the show.

U better hope HBO isnt scared to give me a mic. I always keep it real. https://t.co/U8FAdL3BwG