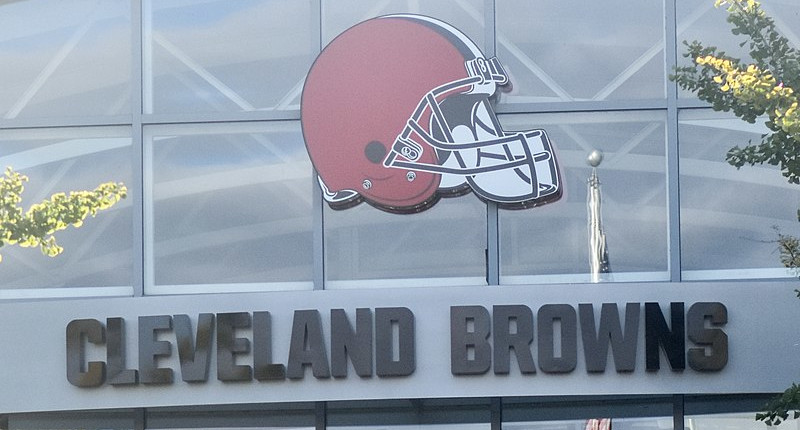 There are a lot of telling details about the Cleveland Browns’ ineptitude over the years in Seth Wickersham’s latest ESPN The Magazine piece, from owner Jimmy Haslam’s interference in particular draft moves and personnel hires to coaches and executives regularly at odds. But the funniest story at all comes from a move by the marketing department that produced, uh, not the results they were looking for.

The outside anger was felt inside the building. Marketing executives wanted employees to see how fans were engaging with the Browns on social media, so they projected the Browns feed onto a giant wall at the facility. It was like broadcasting talk radio over the entire building, and one day in particular, it was worse than that. One of the marketing staffers entered a search for #dp — for Dawg Pound. The problem was, that hashtag carried a few different meanings, one of which triggered an array of porn to be broadcast onto a wall for the entire office to see for more than 20 minutes, until a tech employee killed the feed.

Look, Rule 34 indicates that anything probably has porn associated with it, but that one’s just far too obvious. How did the marketing staffer not see that coming? And why would you not actually look through what tends to be posted on a hashtag before broadcasting it on a wall? (And given that just about every hashtag winds up with some spammy, porny or otherwise irrelevant posts, why would you broadcast an unedited hashtag on a wall?) And yeah, broadcasting unedited social media results tends to lead to some problematic content, as everyone from Darren Rovell to TSN to the Montreal Canadiens to Major League Baseball has found out over the years. But hey, that’s only one of the many ways to go wrong with social media.

Beyond that, though, can we discuss how flawed this idea was in general? Even if your hashtag broadcast is only picking up things that are actually about the team, do you really want team players, coaches and executives seeing what fans are saying about the team every few seconds? Have you ever looked at what a team’s hashtag is like? They’re bad even for winning teams, much less the Browns. And what benefit does it possibly have to present all that criticism directly to players and coaches? They can find it if they want to, but rubbing it in their faces seems like a terrible idea. And in what world does a marketing executive have the power to do something like that? This Browns’ initiative was doomed long before they picked up porn, but that just made for a particularly funny finish.