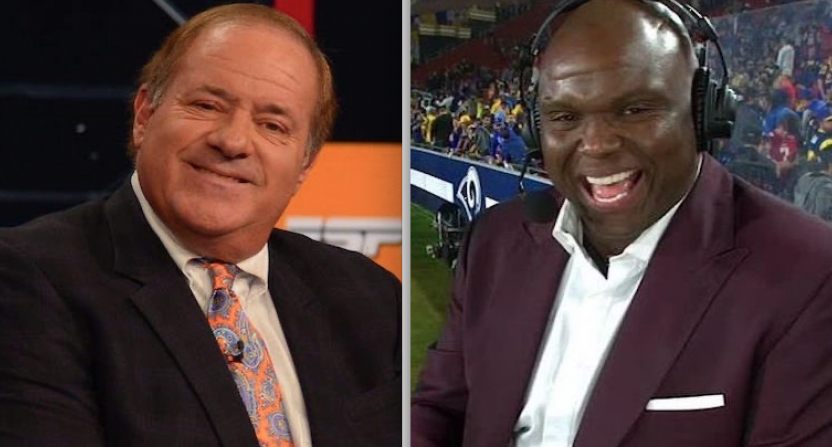 ESPN’s NFL PrimeTime will have a slightly different look when the show makes its 2020 season debut Sunday (Sept. 13) on ESPN+.

There probably wouldn’t be an NFL PrimeTime without Chris Berman hosting, and the veteran ESPN personality will indeed be in the main chair for the show’s Week 1 premiere at 7:30 p.m. ET. Some might also say that the show isn’t the same without Tom Jackson. We’ll find out as an audience this season.

The longtime analyst will not be joining Berman on the NFL highlights program, opting not to do the program due to COVID-19 concerns. Replacing Jackson alongside Berman in the studio will be Booger McFarland, who is keeping plenty busy after being hip-checked out of the Monday Night Football booth.

As reported Tuesday, McFarland will also join the Monday Night Countdown crew. He’s switching places with Louis Riddick, who will be in the broadcast booth with Steve Levy and Brian Griese. The former NFL defensive tackle was already scheduled to be the studio analyst for ABC’s Saturday college football coverage. So Booger will be a big part of football weekends for many viewers.

McFarland’s value to ESPN was arguably helped by getting moved off MNF. He’s certainly in a stronger position to succeed with roles that better suit his talents as an analyst.

Berman and Jackson had been a tandem on NFL PrimeTime for 20 years, first during the show’s initial run from 1987 to 2005, and again when the program returned on ESPN+ last season. The two are such a comfortable fit and had built considerable chemistry during such a long run together.

Watching Berman and McFarland work together will be intriguing. Will they have the same on-screen rapport without the familiarity? But maybe this will bring a fresh angle to the show as well.