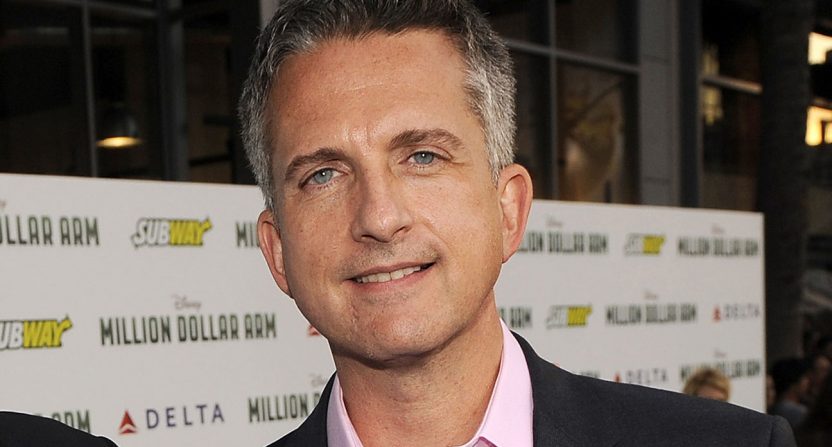 On Friday, The Ringer published an essay from editor-in-chief Bill Simmons in which the former ESPN columnist offered his thoughts on the ongoing Jemele Hill saga and ESPN’s eternally puzzling approach to employee discipline.

Simmons’ piece, which is worth reading in full, included an eye-catching digression about Disney CEO Bob Iger. According to Simmons, ESPN asked him to go easy on NFL commissioner Roger Goodell because Iger was interested in helping bring a pro football team to Los Angeles. Simmons wrote that he believes it was Iger who decided in 2014 not to renew his contract.

How much does Disney CEO Bob Iger shape these decisions? When ESPN suspended me for three weeks (two without pay) after a 2014 podcast rant about Roger Goodell during his full-of-shit apex, I was advised a few weeks later by someone very, very, very, very, very high at ESPN that I should lay off Goodell. And not just because the NFL was ESPN’s most lucrative partner, but because Los Angeles was going to land two NFL franchises soon. And Iger wanted a piece of one of them.

I never laid off Goodell even though the tip eventually turned out to be correct. The following May, I went on Dan Patrick’s show and was asked about Goodell and Deflategate. I made a “testicular fortitude” joke that read worse than it sounded. People wrote about it. Stories were emailed up and up and up the ladder, even as I was hosting The Grantland Basketball Hour on ESPN that same night. The next morning, we found out on Twitter that Skipper wasn’t going to renew my contract. It happened that fast. I have always believed that Iger made the final call.

As Simmons points out, Iger attempted to lure the Raiders and Chargers to a stadium he hoped to build in Carson, California, before NFL owners spurned the plan. ESPN has been repeatedly accused of bowing to NFL interests, most notably when the network pulled out of a PBS documentary on the league’s concussion cover-up, and this anecdote seems to support that narrative. ESPN has always downplayed or denied the extent to which its relationship with the NFL affects its editorial decisions.

In addition to throwing shots at Iger, Simmons was pretty harsh on ESPN’s discipline policies, which he characterized as deeply arbitrary.

If it seems like ESPN handles everything on a case-by-case basis, that’s because it does. It’s almost like a golfer wetting his finger, holding it up and checking the wind. Which way is it blowing today? That happens for five reasons: ESPN is way too big; ESPN draws way too much attention; ESPN has contradicted itself way too many times; ESPN’s business relationships can sometimes be in direct conflict with its obligation to report and entertain; and finally, ESPN is just TERRIBLE at this. It’s really, really bad. We have decades of evidence now.

Simmons’ reading of the Hill situation was somewhere between nuanced and confusing. He called Hill’s tweets about Donald Trump “easily one of the most flagrant social media violations in the company’s history” but suggested that such tweets were exactly why the network employed her. He suggested she was out of line (or at least humored the argument) but also that silencing her was ESPN’s way of blocking dialogue and marginalizing “our most distinct voices.” Overall, he defended Hill and criticized ESPN for silencing her, asking poignantly, “Why push for a diversity of voices if you can’t handle them?”

Anytime Simmons opines about ESPN we have to consider the degree to which the end of his time at the network biases him against his former bosses, but in this case his commentary rings true. ESPN is at some sort of crossroads, and the sometimes competing interests of the executives in Bristol, the Disney brass and the rank-and-file reporters and commentators should cause plenty of clashes to come.