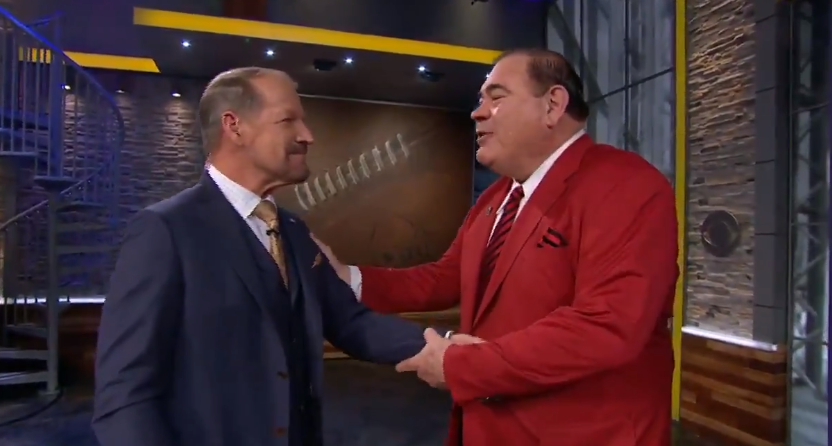 Bill Cowher learned on Saturday that he’ll be inducted into the Pro Football Hall of Fame in 2020, and the way he found out was fantastic.

The CBS NFL analyst was breaking down Lamar Jackson on the Ravens-Titans pregame show (The NFL Today) with Phil Simms, when Pro Football HOF President David Baker appeared on the set and interrupted the analysis to give Cowher the surprise news. Cowher’s wife and daughter then joined him on the set.

That’s some excellent live television. Well done by CBS and the Pro Football Hall of Fame.

Cowher, 62, led the Pittsburgh Steelers to a 149-90-1 (.623 winning percentage) record over 15 years (1992-2006) as their head coach, and led them to a Super Bowl championship in the 2005 season. He also played in the NFL as a linebacker and special teamer for the Cleveland Browns and Philadelphia Eagles. And since 2007, he’s been a CBS studio analyst on The NFL Today.