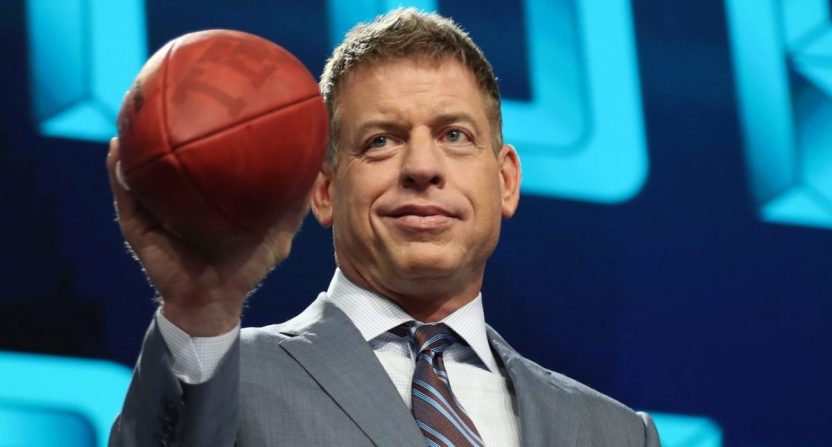 One of the prominent questions surrounding Saturday’s AFC Wild Card playoff game between the Tennessee Titans and New England Patriots was whether or not Tom Brady was playing his final game in Foxborough. Brady will be a free agent after the season and the possibility of him wearing another uniform is difficult to imagine.

Yet several championship and Hall of Fame quarterbacks have ended their careers with other teams. Joe Montana played his final two seasons for the Kansas City Chiefs. Joe Namath ended his career with the Los Angeles Rams. Johnny Unitas spent his final season with the San Diego Chargers. (Peyton Manning’s tenure with the Denver Broncos lasted four seasons, a little bit longer than the one-year last hurrah.)

And Troy Aikman nearly spent the final season of his career with the San Diego Chargers. The quarterback played all 12 of his NFL seasons for the Dallas Cowboys, winning three Super Bowl championships. But as he explained to the Los Angeles Times‘ Sam Farmer before this past Wild Card weekend, Aikman was considering the possibility of reuniting with offensive coordinator Norv Turner in San Diego after the Cowboys released him before the 2001 season.

However, Chargers general manager John Butler signed Doug Flutie after Buffalo released him, taking the spot that Aikman would’ve filled. Aikman said the Chargers were the only other team he wanted to play for coming out of UCLA in 1989, and he wasn’t interested in playing for another offensive coordinator besides Turner.

With the San Diego option no longer available, Aikman retired and began his broadcasting career with Fox. 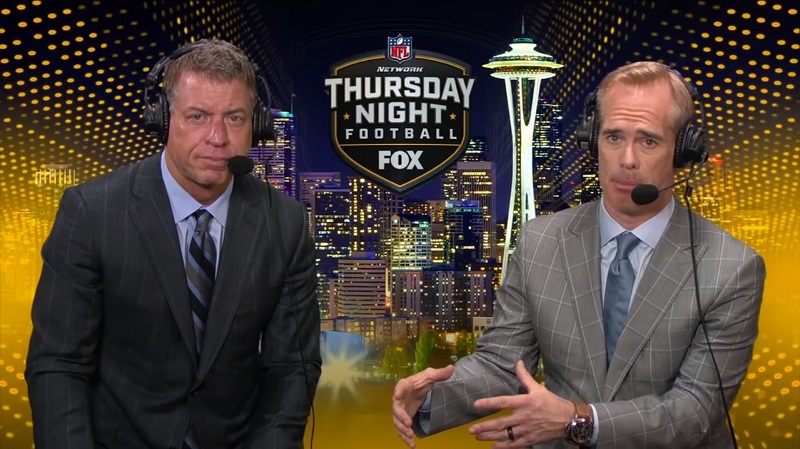 Yet during that first season in the broadcast booth, Aikman had an opportunity to play quarterback again. Then-Philadelphia Eagles coach Andy Reid reached out to Aikman during the game he was calling and offered him the chance to play when Donovan McNabb broke his ankle. Aikman was skeptical since he hadn’t played in two years, but Reid was confident he could step right in and lead the Eagles’ offense. Ultimately, Aikman decided the non-contact of calling an NFL game was better than getting beat up while playing again.

Sticking with broadcasting worked out well for Aikman. The following season, he became the analyst on the network’s No. 1 NFL broadcast team with play-by-play man Joe Buck.

Despite his prominent role in Fox’s NFL coverage, Aikman still had the itch to play. He told Farmer that he wanted to play for the Miami Dolphins when Turner was their offensive coordinator from 2002-03. Aikman says he talked to coach Dave Wannstedt about returning and began training for a comeback. But the Dolphins were apparently wary of Aikman’s concussion and back issues, and never made an offer.

Aikman obviously hasn’t looked back, nearing 20 years as Fox’s No. 1 NFL game analyst with Buck. Yet that broadcasting career track was nearly put on hold — three times. We’ll never know how Aikman would’ve performed in one more NFL season. But Fox’s NFL coverage would certainly have been affected had Aikman decided to play quarterback again. How might that have turned out?