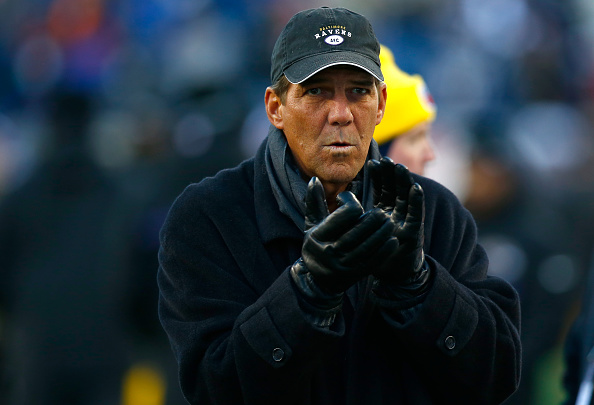 The NFL ratings slump has been one of the major stories the league has encountered this year. A lot of it had to do with the presidential election, but one owner feels it’s more to do with the commercials rather than the election. Speaking for a story on the his team’s website, Baltimore Ravens owner Steve Bisciotti is not a fan of multiple commercial breaks that slow down the game action in particular, the touchdown/field goal, break, kickoff, break that occurs regularly.

Bisciotti had some choice words for that entire sequence:

“It doesn’t take a genius to figure out that nobody wants to see two minutes of commercials, come back, kick the ball and then go to a minute-and-a-half of commercials,” Bisciotti said Tuesday. “I’ve thought that was absurd since I was 20 years old.”

Bisciotti was quite candid, first wondering if this was a industry-wide problem with ratings down across the board for all programs, not just the NFL, but then turned back to the amount of commercials in a game broadcast and income that trickles down to the players:

“We’ve got to figure that out,” Bisciotti said. “Again, if you change that, it could mean a reduction in income, but that’s going to hit the players more significantly than it’s going to hit the owners. I still don’t know any owner that’s in this business because of the money.

“Everything is on the table, and if we have to go to ABC and NBC and say that we’ve got to cut some commercials out and give some money back and half of that money doesn’t go into the player pool, maybe that’s what we’re going to have to do. But our expenses would be adjusted accordingly too. So, I’d like to see some things cleaned up.”

It’s rare to see an owner speak out on ratings and especially about commercials and the bread-and-butter income for the league TV partners, but this is an issue that has apparently bothered Bisciotti. And in wanting to improve the television experience, he’s touched upon an issue that affects all viewers.

It’s also rare for a team website to tackle such an issue, but maybe not so rare for the Ravens. Their Twitter account briefly retweeted the irony of having an NFL safety ad appear in a New York Times story on NFL concussions, but then removed it later. And the team’s website published a story about a rookie dinner hazing that it later removed after it came under criticism.

This most recent story will not likely be removed and will probably resonate as the commercial overload in NFL games continues to be an issue for fans. And while there was some experimentation in reducing the ad load in Week 16, the ad breaks came back for Week 17 and the playoffs.

Will the ads breaks change for the next season? The NFL will apparently explore this and if Steve Bisciotti has anything to say about it, the league will have to take some serious looks at changing the break format.