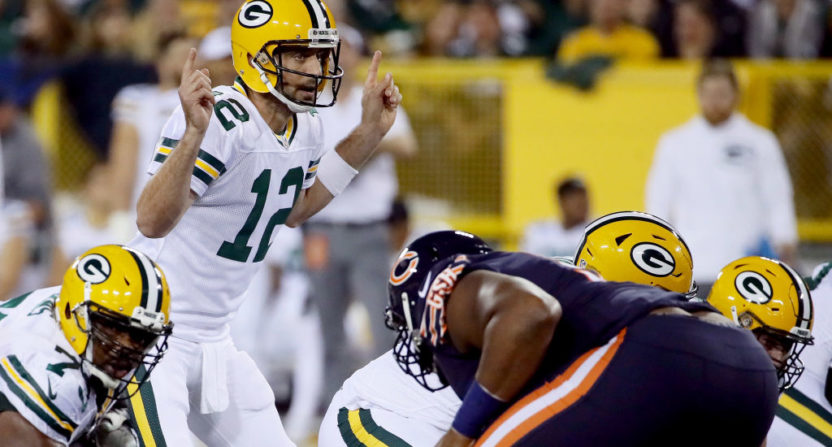 Amazon made its NFL streaming debut on Thursday night for the Green Bay Packers’ 35-14 victory over the Chicago Bears, and an average of 372,000 people worldwide watched on Amazon Prime for at least 30 seconds. The average Amazon Prime viewer watched the game for 55 minutes.

The NFL says that 1.6 million people worldwide “initiated a stream” for TNF on Amazon Prime.

The 372,000 number is well below the 14.6 million people who watched the game on traditional television (CBS and NFL Network), but is a notable increase on the 243,000 people who watched Twitter’s streaming debut of TNF last season. The Amazon stream was available to the approximately 85 million Amazon Prime subscribers, while the Twitter stream of last year’s Jets-Bills game was available worldwide without even requiring anyone to log in on Twitter.

So, the increase on the Twitter numbers is very encouraging for Amazon, but their viewership still accounted for just 2.5% of the overall TNF audience.

And the 1.6 million number seems great, but nobody really knows what “initiated a stream” means. Yahoo, Facebook, Twitter, and now Amazon have been notorious for being creative in pumping their numbers. The majority of the audience they’re claiming apparently watched under 30 seconds would point to a lot of people being forcefed TNF and then clicking out of the game on Amazon Prime. Or maybe they were just Bears fans that saw the score — or especially one of Mike Glennon’s four terrible turnovers — and thought, “Nah, I’m good.”

Amazon will stream 10 more NFL games this season as part of their $50 million deal.